note: for background see Which "critical technologies" does Russia dependent upon the United States and its allies for, that "China does not have access to?"

An EUV machine is made of more than 100,000 parts, costs approximately $120 million, and is shipped in 40 freight containers. There are only several dozen of them on Earth and approximately two years’ worth of back orders for more. It might seem unintuitive that the demand for a $120 million tool far outstrips supply, but only one company can make them. It’s a Dutch company called ASML, which nearly exclusively makes lithography machines for chip manufacturing. Despite this hyperspecialization, it has a market capitalization of more than $150 billion dollars—much higher than IBM’s and only slightly lower than Tesla’s.

Recognizing the strategic importance of EUV machines, and under pressure from the United States, in November 2019, the Dutch government prevented ASML from shipping an EUV machine to China. Related news coverage painted ASML as a pawn in the U.S.-China trade war, but the Dutch decision was about so much more. There are many strategically important technologies in the development pipeline that are potentially dangerous or destabilizing. They include artificial intelligence, autonomous weapons systems, hypersonic missiles, cyberweapons, surveillance tools, and the latest generation of nuclear weapons. These technologies, and many others, require state-of-the-art chips to develop and deploy. Keeping these chips away from the Chinese government, or those acting on its behalf, can pre-empt many worst-case human rights and security scenarios in the coming decades. The Chinese government cannot engage in techno-authoritarianism or arms races if it lacks advanced chips.

I assume it has something to do with artificial intelligence and surveillance as those are mentioned in the same paragraph, but how exactly? What is it that these chips can do that can be used for "many worst-case human rights scenarios"? 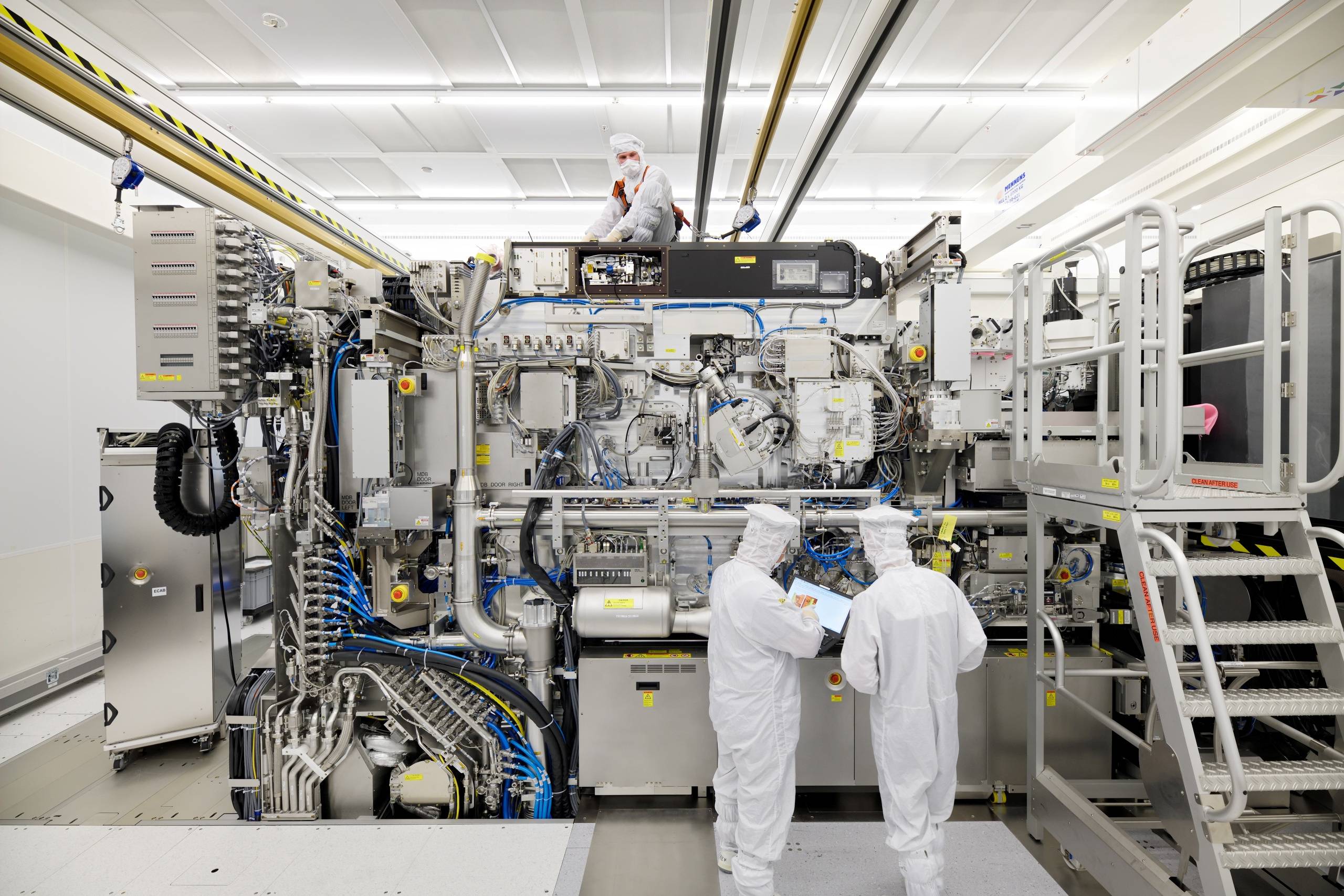 Let's skip the human rights aspects. This is akin to the high tech trade goods restrictions being put on the exports to the USSR and Warsaw pact, but still in nascent, adhoc, non-formalized, form. Huawei's cutoff was a warning shot, so is this.

The US and the Netherlands don't like what they see coming from China and are acting on it. Trump, to give him credit for once, was actually the one who started the ASML ball rolling.

I suppose COCOM, the Coordinating Committee for Multilateral Export Controls is getting re-activated. Conveniently, the Netherlands were a member. Update: the updated, post-COCOM, framework is actually formalized as the Wassenaar Arrangement:

A key tool in this containment strategy: the Wassenaar Arrangement, a voluntary pact among 42 nations to curb the spread of “dual-use” technology, with both commercial and military applications. Under Wassenaar, Washington and its allies have harmonized controls over the flow of chip technology to China.

The most significant restriction is on equipment that uses extreme ultraviolet (EUV) light beams. This light is generated by lasers and focused by mirrors to lay out ultra-thin circuits on silicon wafers. EUV is at the bleeding edge of semiconductor manufacturing. It allows chipmakers to build faster and more powerful microprocessors and memory chips.

The human rights are a nice-sounding justification, and not necessarily a bad one either, but they are just the tip of the iceberg: "it's not us, it's you". They're an easy way to dress up what's inherently a power play.

Reuters puts a slightly different spin on it, which does not mention human rights.

Under pressure from the U.S. government, the Dutch government has withheld granting a licence for ASML to export the machines, which are considered "dual use" goods with possible military applications.

The EUV machines are a bottleneck to manufacturing microchips at the latest generation tolerances in terms of process size. Whether or not those chips get used in negative human rights contexts is secondary to the fact that not being to make them is one point of leverage the West has over China, and one that is not likely to be bypassable very quickly.

Manufacturing microchips is extremely capital intensive and very slow to ramp up actual practical expertise, doubly so if you don't have the upstream machinery. Currently only TMSC and Samsung really master the latest, latest, generation.

Expect more of this to be forthcoming. More background on ASML & China, where Huawei gets specifically mentioned 4 times and human rights 0 times.

In the 80s and 90s, Toshiba for one often got itself caught exporting enabling technologies to Russia. We haven't gotten to formal trade limitations, a la COCOM, but this makes it looks like this is being seriously reconsidered, at least on critical points.

I think the key point is the 'in the coming decades' combined with the assumption that the US will act as a protector of human rights whereas China will not.

Currently most cutting edge technology like this EUV machine is made in Western democracies and their close allies. This means that in a situation like the current Ukraine crisis the US have the option to threaten economic sanctions that would stop access to these cutting edge technologies.

If in a few decades a lot of the then cutting edge technologies will come from China, economic sanctions imposed by the US would have a lot less threat to it. So it would be harder for the US to use soft power to prevent human rights abuses.

Note that this is my interpretation of what the Brookings Institution think tank is trying to say, it is what I believe to be their opinion.

A country which cannot make their own high-end electronics would be forced to rely on import, and setting up a surveillance system with potential foreign backdoors might be seen as unwise.

So, if you can end the supply of manufacturing equipment for microprocessors, you can slow down the production of those systems.

Please, note that the West has no monopoly on microprocessor design and fabrication technology. If you check this Wikipedia page, you will see that half a dozen Russian companies or research centers are working on microprocessors' research and development. All of them are funded by the Russian government.

Advanced image recognition can make huge impact on de facto human rights, because many demonstrations and mass protests still rely on that the government will not be able to identify exactly all protesters. For some is OK to go into jail for the right reason, but not for all.

The government has access to pass (id) photos. A single modern server running advanced AI stack can put into database the names of all humans that ever appeared in the view of several cameras. Alternatively, high resolution photos of the crowd can be used. The possibilities of the autocratic government then are endless and can expand to actions like restricting carrier possibilities or access to higher education, without even making this public ("the alternative candidate has been selected" - go find out why).

As of 2022, the technology is on the edge of availability: it is almost possible. You need the most advanced chips, and also lots of them, to make this into reality.

See here for the nice case.

11
Which "critical technologies" does Russia depend upon the United States and its allies for, that "China does not have access to?"
3
Is the US position to block Deep UV immersion lithography equipment and technology from reaching China a "blockade" or "unfair practice"?
-2
What can the U.S. do to convince its allies in Japan, Taiwan and South Korea to ban the selling of its chip making equipment to China?

3
How can I promote human rights petitions to the UN?
2
How can a state (or a union) deter a company from developing technology related to censorship / human rights violation?
5
What political apparatus and rules allow the United States to have leverage against companies when it has several intellectual properties associated?