Can Russia be cut off from the internet? [closed]

Ask Question
Asked 7 months ago
Modified 6 months ago
Viewed 2k times
8
Closed. This question is opinion-based. It is not currently accepting answers.

A great variety of sanctions have been discussed and implemented with more to follow.

One sanction I have never heard being discussed, and that is cutting off Russia from the internet.

Now I am aware that there is no a single organization that controls the internet. But when it comes the management of the top-level domains there are not many options available, and some of this is definitely controlled from the US.

I appears to me that cutting of Russia from the internet would make the lives of Putin and his government harder and it would also help create an atmosphere of discontent inside Russia towards Putin. In addition it would also have an economic impact on Russia's economy.

Can it be done and would it support Putin or hurt him?

It appears to be somewhat possible... at least from the inside. This capability been on Putin's to-do list for a while. He has last cut off Russia from the internet as a test half a year ago.

This "internet switch" has been unpopular in Russia and led to protests against it. Since then, the switch to render the Russian segment autonomous has gone operational.

The specific method is to switch off the major transnational connection points and replace all ISP DNS. Some connectivity would remain, but it would be insufficient to carry the full volume of the civilian traffic.

The military and the wealthy that can afford satellite connections would generally only experience a reduction in bandwidth. The IP protocol can be rerouted, so the technically savvy and the large businesses could still reach the outside world via proxies and radio/satellite bridges.

Note that internet connectivity in the EU would also be affected, as the major cables between the EU and China/Korea/Japan pass through Russia. However, there are enough submarine cables that lower bandwidth communication can be maintained through third countries. 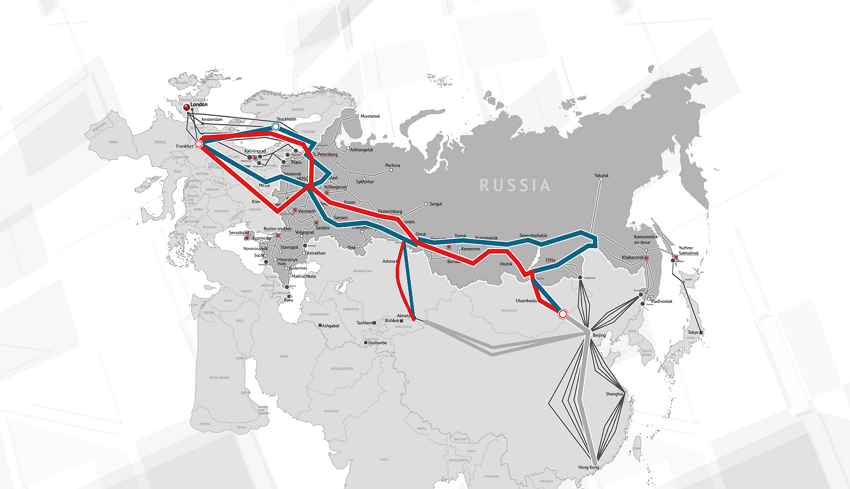 Doing it from the outside is harder. If done across the borders with Europe, the US and Japan, Russian traffic would be routed through China and Kazakhstan. Kazakhstan has already successfully tried cutting off their internet through similar means, however it would side with Russia.

This would technically permit most traffic to be filtered by the Great Firewall, which is more mature and effective than Russia's fragmented filters implemented individually by various ISPs. China would then be able to affect the flow of data to and from Russia.

In summary: it's possible to significantly reduce Russia's internet connectivity. However, it would disproportionately affect the common population and their access to Western media.

As such, internet restrictions are more likely to support Putin rather than hurt him. Some of the population wouldn't notice, some would have to switch to local media and services, the technically inclined would find a way around.

Mar 4 update: It has started.

From the body of the question it seems that the question is not merely "is it physically possible", but whether it's a good idea.

Even if it was technically possible, it's not advantageous for Western powers to cut the internet from the Russian public.

16
Why has North Korea been assigned IP addresses?
12
Why is Russia continuing to attack Ukraine even with a number of sanctions imposed?

11
How would even more internet regulation hinder terrorism?
48
Why do EU sanctions against Russia stop short of a total trade ban?
24
Why can't the West just ban Russia from trade?
8
What measures short of war are still available to the West to pressure Russia?
1
What practical difference would it make, over the existing US sanctions, if Russia's PNTR status were revoked?
53
What does Putin/Russia gain from only accepting payment for gas in Rubles?
3
Has there been a cost-benefit analysis of what would happen if the Russian Federation were to be disconnected from the Internet?