Could Russia have invaded only Donetsk and Luhansk?

Could Putin have conducted the war in such a way that he only invades the separatist-controlled areas of the Donbass instead of launching a full-scale attack on the whole of Ukraine, or would that have been militarily impossible?

Not if the goal is regime change in Kyiv, which seem to be what Putin means by the "denazification" of Ukraine, which was one of the announced goals of the Russian "special military operation" in Ukraine.

The Russian top diplomat also emphasized the need to ensure Ukraine’s denazification the way it had been done in Nazi Germany.

That analogy would seem to require a broad occupation. For the sake of mentioning the full Russian position, officially, they maintain the don't plan to occupy the country. But then they said for months the buildup that had the West worried wasn't an invasion army. And Russian TV & media is prohibited from even calling this a war or invasion. So, it's probably going to be an occupation that will be disguised is some "special" euphemism.

Administrative regions of Luhansk and Donetsk (roughly equivalent to states in the US) are about three times bigger than the territory that was controlled by the pro-Russian forces until a week ago. So only Donetsk and Luhansk is inherently ambiguous as a territorial designation. Thus, one cannot logically give an affirmative answer to this question. 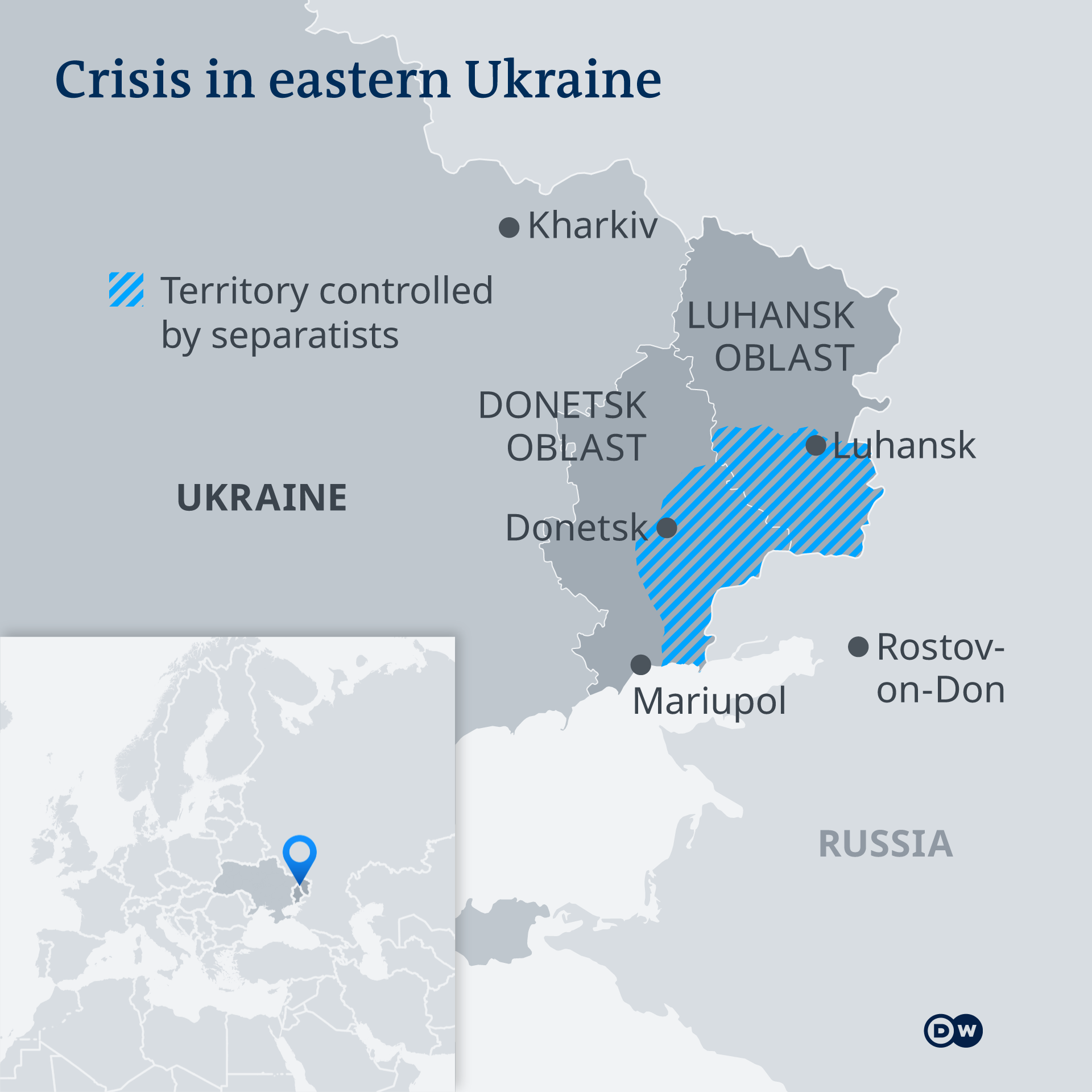 One of the major stated goals of Russia is the official recognition of the separatist regions. The separatist regions (and Russia) already have effective control there since 2014, so there is no point in "invading them". You can't really invade what already de facto belongs to you. And as they already had troops there which either belong to them or at least are loyal to them, and that fact didn't achieve recognition (neither did the buildup of troops and threats in the past few months), just moving some more troops there wouldn't change that either.

However, if they manage to take control over the country, or force the government to surrender, they can demand the official recognition of those regions as part of the peace deal.

22
What incentive could Assad have to use chemical weapons?
15
Why do Crimeans think so differently of Russia compared to the people of Donetsk/Luhansk?
16
Have any politicians in Ukraine considered ejecting Luhansk and Donetsk?
2
To what extent were civilians targeted in the conflict/war in Donbass in 2014-2022?
8
What does 'Donbass, whom the Ukrainian army has been bombing for the last 8 years' refer to?