Has there been publically shown any evidence that the Russian Federation has nuclear bunkers capable of preventing "decapitation?"

In light of the full-scale unprovoked war of aggression that the Russian Federation has waged against Ukraine, a number of countries have been providing military assistance to Ukraine.

The aggressor country (the Russian Federation) has expressed surprise and, at times, indignation at this fact. The dictator of the Russian Federation has made a number of open threats to attack supply convoys and has open stated that no weapons, including nuclear weapons, are off the table in response to any country making any moves thwarting the aggression.

A number of Russian political commentators have made claims that there is a war scenario in which Russia would contemplate the 1st strike with a nuclear weapon and it relies on the political leadership of Russia surviving the initial phases of a nuclear war by hiding out in bunkers in the Russia's far East. The claims are non-specific, but some of them include the following:

I am highly skeptical of these claims for a number of reasons. Among them are

But my skepticism is just an opinion which motivates my actual question. Has the Russian Federation ever made a demonstration which makes claims of it having such bunkers true?

I understand that there plenty of possible reasons not to show them even if they do exist. But there is a clear reason to show them. Namely, demonstrating that the bunkers are real would make the threat of use of a nuclear weapon more credible.

So does anyone actually know if the bunkers have been shown to exist?

I've been semi-casually researching the nuclear war preparedness of various countries for the past 12 years. "Various" being easily narrowed down to just a few countries, it's "none at all" for the rest. The ones with some preparedness include Russia, the US, Switzerland, Japan, China, Ukraine, Belarus, and the UK. Official information is very scarce.

Extensive underground supplies in Russia have been confirmed. These have been unofficially estimated as preparations for a roughly WWII-equivalent with nukes. 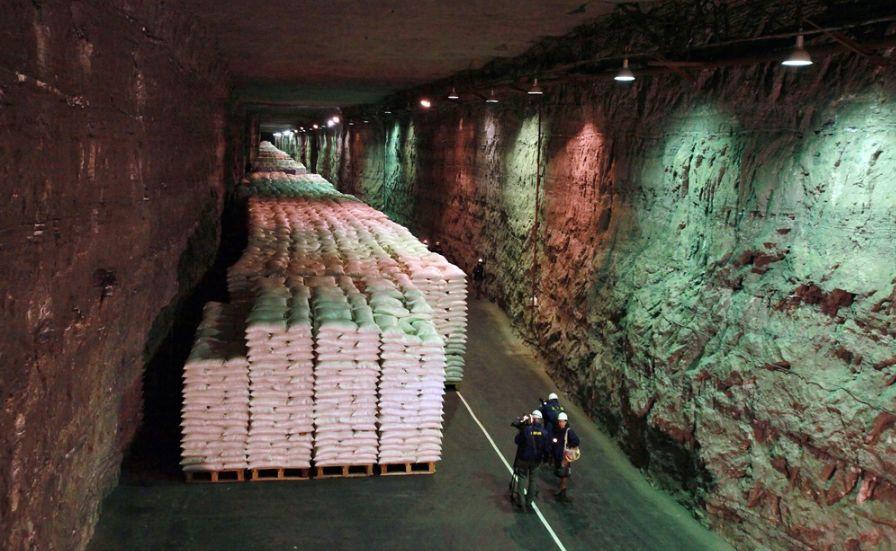 Human-habitable bunkers are much less clear. The existence of such bunkers has been officially confirmed, but the details have been not. There is unofficial information and hearsay about them. Please take everything below as uncertain.

A summary of unofficial data is as follows:

At least 2 bunkers are additionally protected by missile defense. The ABM treaty has specified two defense facilities per nation. One is around Moscow, another unclear. Russian defensive missiles are nuclear themselves.

The depth of the bunkers is estimated at 300-600 meters for the European plain and more for the mountains. 1-2 kilometers sounds unrealistic, unless it's for the Urals. 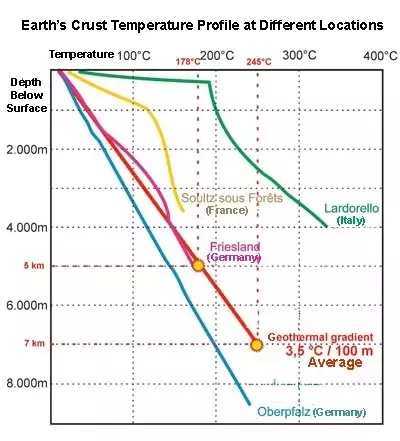 The geothermal gradient varies by location, as the image shows. But overall, deeper than 1 km below a plain universally leads to ambient temperatures rising to 100F (35C) and above. Living conditions in such temperatures are not sustainable without constant air conditioning. While nuclear power is well sufficient for A/C, the systems themselves might fail over time. Soviet military engineering had a strong focus on "if everything fails" scenarios.

The most capable bunker-buster system in US service is the B-61/W-61 configuration, with the B-2 bomber required for delivery. That's a 350-400 kT maximum yield device. Its effective depth against underground structures can be estimated at between 140 meters and 175 meters.

There's no reason to build a superdeep bunker, when no weapons in service can reach a much shallower bunker. So the bunkers are most likely located at a depth where soil temperatures match the lower bound of comfort for humans without power. At 5C annual average at the surface, that's 400-450 meters for temperate zones and 500-600 for Siberia to have a temperature of 70F or 20C.

A few poorly installed toilets wouldn't kill a nuclear bunker, but it's extremely unlikely that modern Russia has built any new bunkers, given how much they already have to reuse, and the reduced probability of a global nuclear war.

P.S. As a side note, to address the scenario, Ukraine is not under any nuclear umbrella treaty. No nuclear state would be likely to sacrifice their own population over a loss of materiel. Bunkers would only come in play with a much heavier escalation.

Not the answer you're looking for? Browse other questions tagged russian-federation armed-conflict nuclear-weapons .

14
Why does Russia hold hard on keeping Chechnya?
7
What might Russia gain from a false-flag hack on the Olympics?
15
Why has the US not been more assertive in confronting Russia in recent years?
39
Why does China have so few nuclear weapons?
15
Does the UK have the military capability to deny Russia air supremacy over Ukraine?
8
Has Russia shown any indication, before the war, that it would court-martial its soldiers if they commit war crimes?
17
Is there any proof that Ukraine was planning military deployment into the self-proclaimed republics in Donbass prior to 24 February 2022?
6
Is there any evidence or report of a genocide in the Donbass region?
4
What is the ethnic composition of Russian military forces?