Why does Russia insist on oil payments in rubles and Europe refuses? [duplicate]

Ask Question
Asked 2 months ago
Modified 2 months ago
Viewed 247 times
8
This question already has answers here:
What does Putin/Russia gain from only accepting payment for gas in Rubles? (4 answers)
Closed 2 months ago.

Let's say Germany owes one million Euros. The current exchange rate is 100 rubles for 1 Euro. We may assume that this is artificially high, and actually one Euro is worth say 200 rubles.

Although now the recovered to pre-war levels in the immediate aftermath of the invasion it fell to an all-time low of 89.60 against the dollar. Which prompted them to take many measures to save its value, because their alternative source of money is their foreign reserves. Here is Russia's foreign currency reserve: 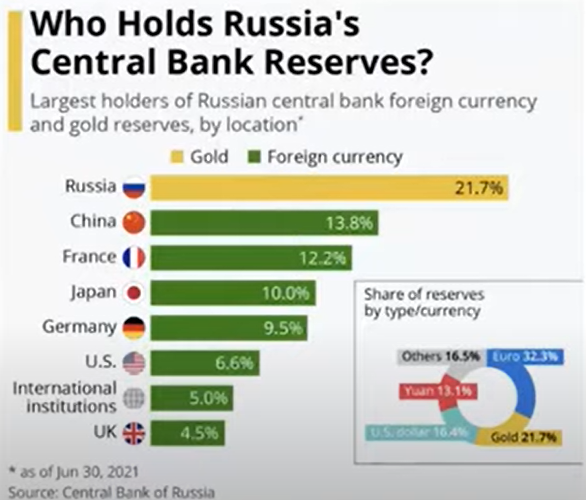 As you can see a lot of it is held by anti-Russia, Pro- Western countries, who by freezing their Euro and $ reserve have cut Russia off from that. While Gold is useful for printing money against, it cannot be used for trade, Russia relies heavily on imports: 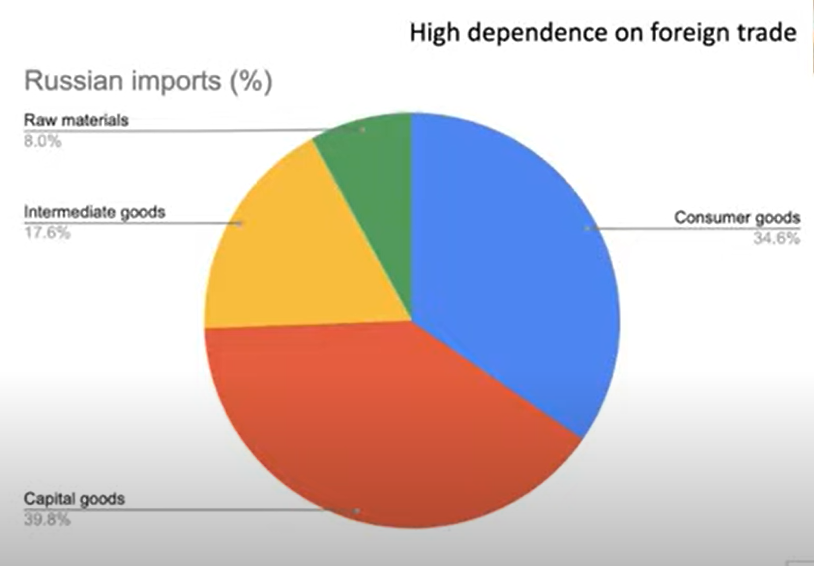 Now, Russia knows that Germany is forced to buy gas from them since there is no alternative. By making Germany pay in Roubles, Germany's own currency will be forced to devalue against the Rouble, making it stronger. Allies like Hungary have already agreed to do this and go around sanctions. Orban paid a Russian institute owned by Gazprom in Euros who then paid the equivalent in Roubles to the Russian state, which is what Putin wants. Europe wishes not to violate their own sanctions and block Russia from accessing foreign currencies except for the interest on their debt payments.

As far as I understand, Russian banks are expelled from the international monetary network that predominantly goes through American banks. As a result, even if Russia has billions of USD or EUR in its reserves, it can't spend from that reserve.

Therefore, Putin is using his gas supply network to Europe as his weapon.

On the other hand, EU countries don't want to break their own sanctions on Russia.

Not the answer you're looking for? Browse other questions tagged russian-federation currency .

53
What does Putin/Russia gain from only accepting payment for gas in Rubles?

29
What plans do European countries have if Russia closed gas pipelines to them?
67
Why don't the other countries of Europe maintain as massive a military as Russia does?
13
Why won't Russia leave the Council of Europe?
13
Is there any indication that the Euro rate is being politically manipulated?
38
Why has Russia declined OPEC's request to cut oil production?
2
Which laboratories confirmed Navalny was poisoned by Novichok?
53
What does Putin/Russia gain from only accepting payment for gas in Rubles?
12
Does banning importing oil from Russia damage its economy in the short term?