How can one check whether tax money is being effectively used by the government for improving a nation?

Often people are critical of what they consider to be excessive taxation. Are there any measures to actually check if they are excessive? What are indicators to check as to whether government is wisely spending the money?

One cannot, because using money effectively or using money wisely are normative statements, which reflects one's subjective judgement about what is good for the country and its people. Thus, one can check (via the official government sources), whether the government did spend the required amount of tax money on education, healthcare or supporting war in Ukraine, but it is highly unlikely that all the taxpayers would agree that this spending was wise or effective.

Most countries have an institution that performs audits on the way government spends money, called for example Court of Audit, Board of Audit or Auditor-General. Normally, these institutions only have advisory powers and cannot directly intervene in the spending activities.

But what you can hope for is that there will be regular public reports about the audit results. They can be the starting point for discussions about public spending. For example, in my country (Germany), the annual report of the Bundesrechnungshof sparks a discussion in the media each year, where government officials that were criticised in the report have to defend their spending behavior in detail.

In Australia we are given a tax receipt from the federal government that shows what our taxes were spent on. Breaking down where each of my personal tax dollars was spent. I guess what it is spent on is different to how effectively that money is being spent, but at least it allows you to see if where the money is being directed to by the current government aligns to your expectations and can impact who you may vote for.

Join others and demand your government does similar 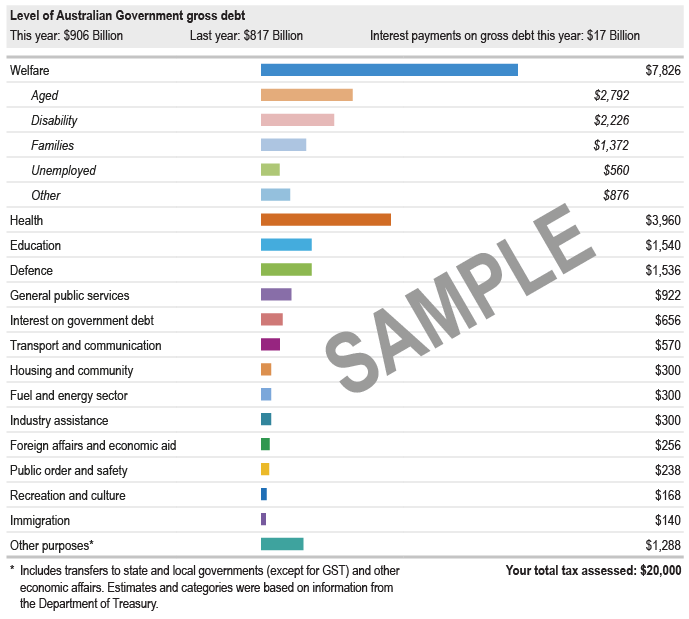 One begins by trying to come up with definitions of "effectively" and "improving" (to elaborate on Roger Vadim's excellent answer).

Often "effectively" seems to translate to "spent by our political party".

Every intervention will have its effects, unintended side-effects, proponents and critics.

49
Why is economic growth considered so essential, even in rich countries?
7
What are the arguments for keeping the Jones Act, and who is making them?
10
By what measures can the political power of an organization be estimated?
7
What could a vegan mayor actually do?
3
Why does not government invest into open source projects?
36
What is the rationale behind delaying the imposition of more radical Covid-19 countermeasures?
25
How do leaders choose between lives and money?