What organization sponsored 2022 Pacific Defense Chiefs meeting in Sydney, how many member nations does it have and which ones attended?

The Diplomat's July 28, 2022 Pacific Defense Chiefs Meet Against Backdrop of Rising China; Military leaders from 26 nations are participating in a conference hosted in Sydney. mentions how many nations participated in the actual meeting this year;

Military leaders from 26 nations are participating in the conference, and most of those are chiefs of defense. China was invited but said it would be unable to attend.

though in ABC News (Australia)'s video US General Mark Milley on the growing threat of China in the Pacific region the US Chairman of the Joint Chiefs of Staff gives a different total:

I just came from a conference in Sydney, where 27 countries (from) Asia-Pacific were meeting to discuss common issues of national security.

and the U.S. Indo-Pacific Command (USINDOPACOM)'s July 27, 2022 news item 2022 Chiefs of Defense Conference Concludes includes a photograph with what appears to be 28 individuals wearing military uniforms. 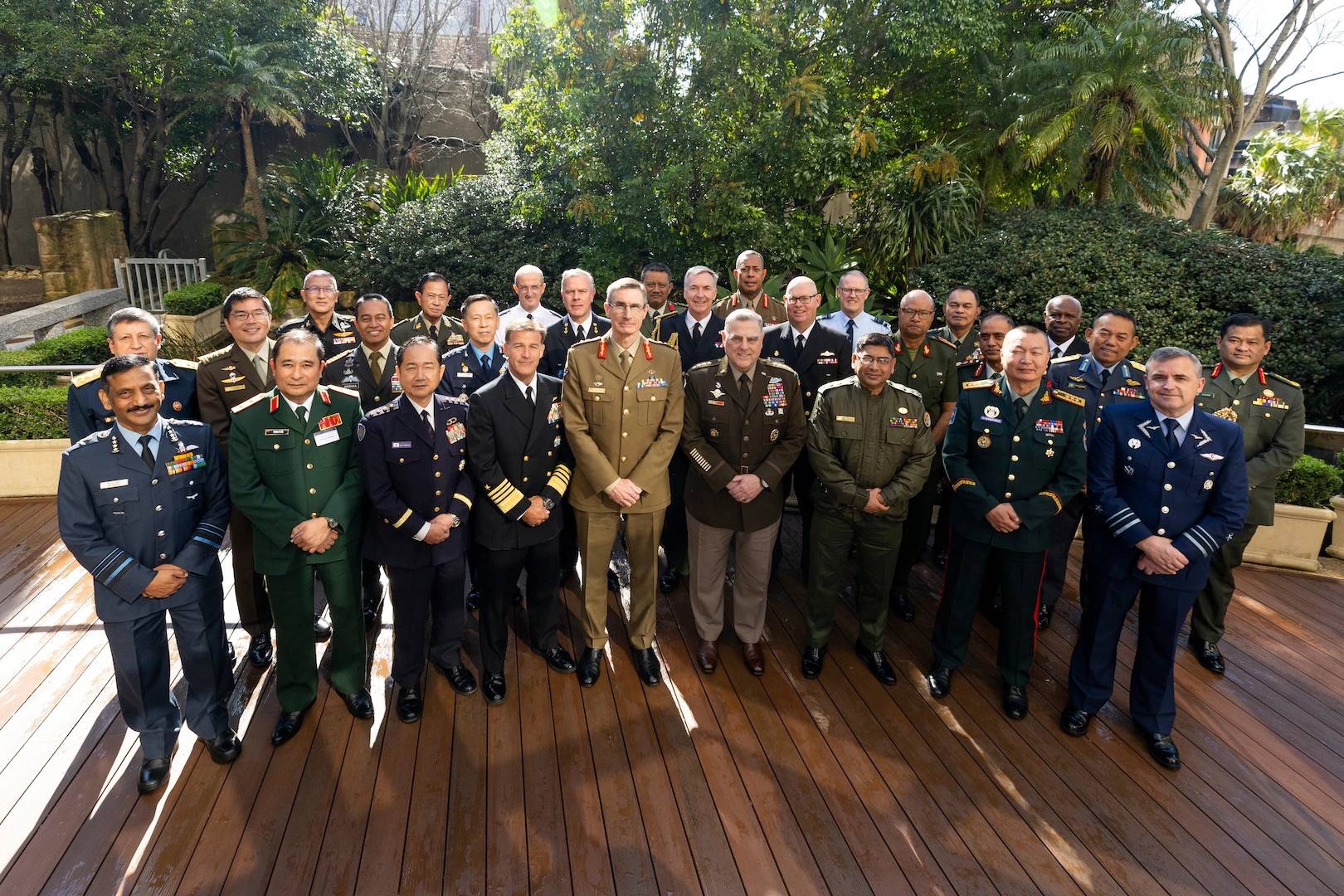 The conference is co-hosted annually by US Indo-Pacific Command and the military of the host-country; in 2022 this was the Australian Defence Force.

How many member nations does it have?

It doesn't really have member nations - the Indo-Pacific Command's area of responsibility covers 36 nations, but not all of these have militaries such as Samoa, and some don't attend or aren't invited, for example China or North Korea. In addition, some countries outwith the region also send representation, for example the UK and Canada.

Which members attended this conference?

0
Which "coalition" countries have troops in Iraq and how many?
15
What is "quantum" and why is it "incredibly important for Australia's defense", or for any advanced country's defense for that matter?