Are there other countries that embed politics in every subject like China? [closed]

Ask Question
Asked 13 days ago
Modified 9 days ago
Viewed 272 times
-2
Closed. This question is off-topic. It is not currently accepting answers.

The primary purpose of this question appears to be to promote or discredit a specific political cause, group or politician. It does not appear to be a good-faith effort to learn more about governments, policies and political processes as defined in the help center.

I learned a very interesting phrase in China: 课程思政(Ideological and Political Theories teaching in All Courses, starting from 2014, an idea of Shanghai municipal government) where every knowledge point in every subject should relate to politics.

For instance, this chapter about DNA in biology: 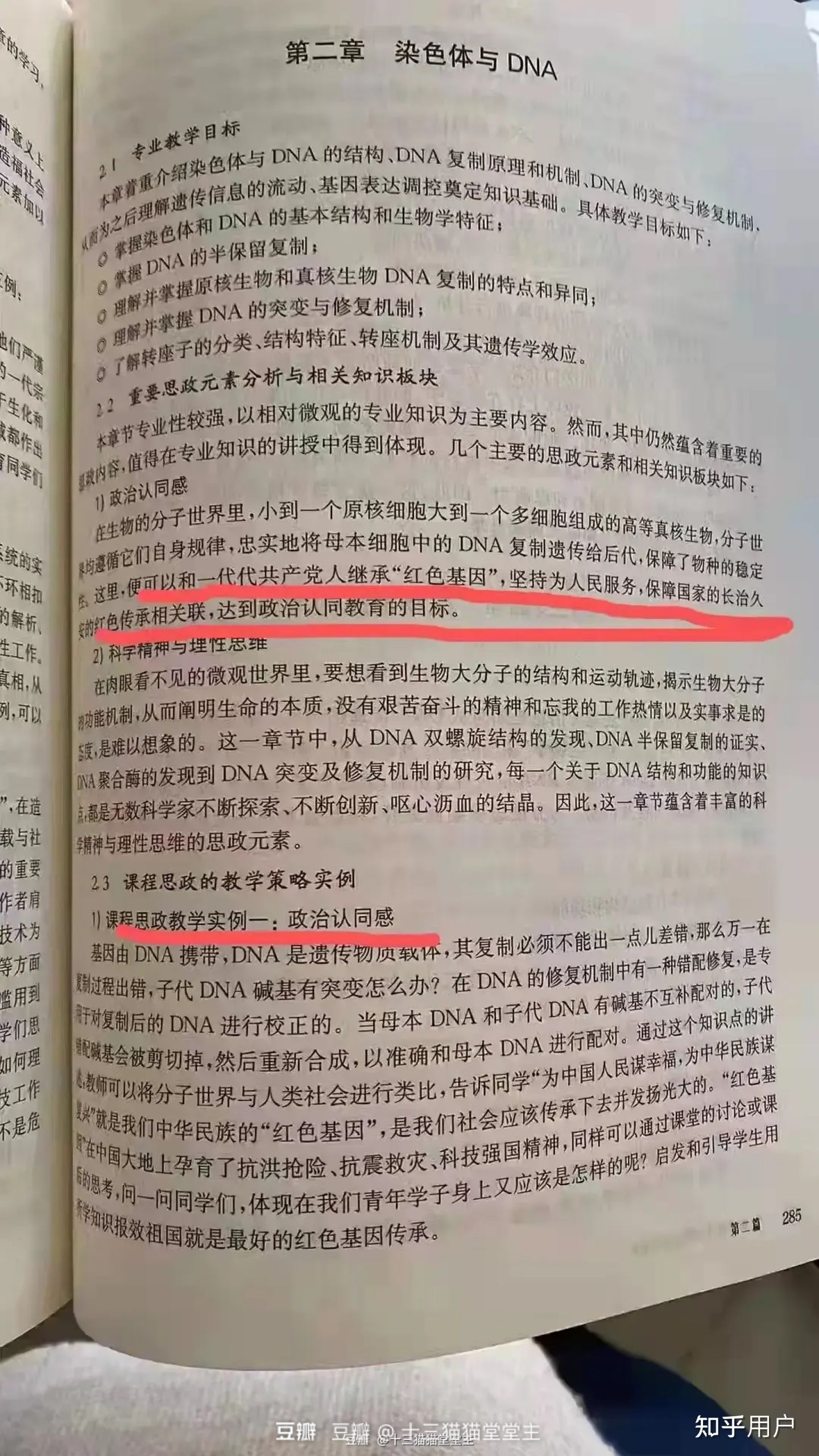 It says that communism's DNA is to serve the people and govern the country forever.

I wonder if only China applies this method? Or there are some other countries doing it also?

Teachers in Germany are supposed to represent democratic values in all subjects they teach (a "Querschnittsaufgabe" or "cross-sectional task"). That doesn't mean holding a democratic vote about having an exam that week. It does mean to value every student, standing up for human and civil rights, for justice, and things like that. If they do it well, it won't be blatantly obvious, but it is no less real for that. And not representing democracy would mean representing not-democracy, so they cannot avoid taking a stand. The law, ultimately the constitution, sets out what that stand has to be for a civil servant.

It comes down to the nature of curriculum development. It is never possible to teach isolated facts without also reinforcing a culture. Those who claim that what they do is not political are deceiving themselves, or their audience.

Say you have a trigonometry class. Are the students just learning a branch of mathematics, or are they learning more than that? Well, if they would be deducted points on an exam for an answer to a word problem for grammar and spelling errors, then it isn't just mathematics. So it would be fair to say that any mathematics class also becomes education whatever language it is held in. And in other subjects. Presentation skills, for instance. In primary school, mathematics/arithmetic shades into motor skills, jointly with writing, and also, always, into social skills of learning in class. Listening, concentration, and all that.

5
How did various countries come to the position that Tibet is a part of China? Roughly which and how many countries do not have a position?
29
Why don't Western countries penalize Chinese companies in the same way that China restricts Western companies working on its territory?
7
Why don't countries with a high birth rate implement a One Child Policy, like China did?
3
If China is as good as other developing countries at protecting IP, why is the U.S. administration labelling China as a trade cheat?
6
If Taiwan declares independence, would that mean they are relinquishing their claim over mainland China?
0
What is the equivalent of the "President's Council on Sports, Fitness & Nutrition" in other G20 countries such as China?