When and why did Putin stop using his famously long tables for meetings? [closed]

Ask Question
Asked 1 month ago
Modified 1 month ago
Viewed 422 times
2
Closed. This question is off-topic. It is not currently accepting answers.

This question does not appear to be about governments, policies and political processes within the scope defined in the help center.

Putin famously used very long tables for meetings, such as during the meeting with Macron in February 2022: 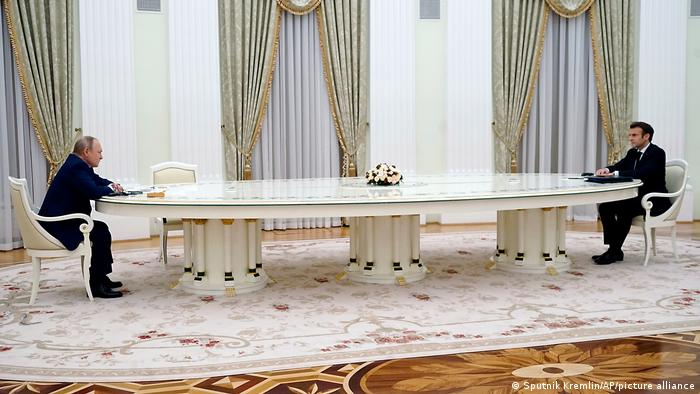 or with his own military (in Feb) 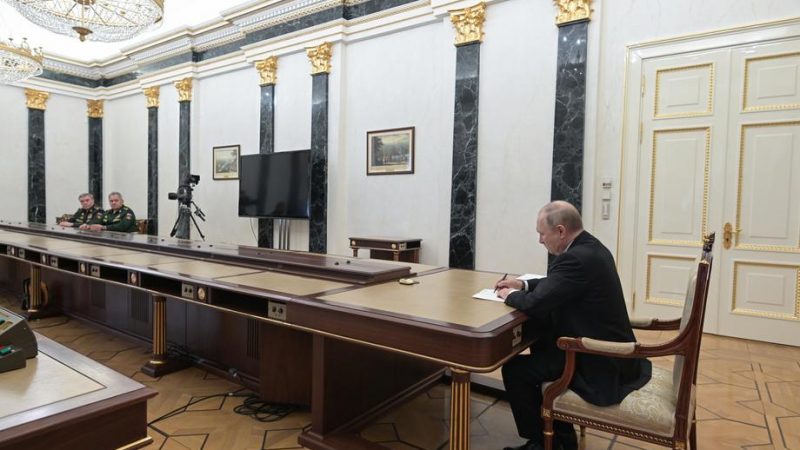 However it looks like he switched to using normal tables, as evidenced by this photo from August. When did Putin stop using very long tables and did he ever explain his decision?

Putin met in similar conditions at the end of April with the head of the UN, and at a multi-head meeting in Turkmenistan at the end of June. (This despite that Putin says he received multiple Covid vaccine boosters, FWTW.) So he probably still socially distances the same way (as pictured multiple times in Feb) from those who don't take the Kremlin's strict Covid tests. Those who were meeting said conditions, like Bolsonaro, met at much closer range, even back in Feb. So the time the meeting took place appears to have little role here; protocol was apparently the determining factor. I don't know exactly why he met at "long range" with his own power circle back in Feb. I'm guessing that had less to do with them refusing to take all the tests and was rather based on other considerations, which I could not find officially stated. One might guess that the time pressure of the invasion-related meetings made following the strict Covid protocols more difficult. Actually, they did kinda comment on that too, apparently they were extra measures for the recently discovered Omicron, then.

He said they were in place to avoid the highly-contagious and often asymptomatic Omicron variant.

"There is nothing terrible or special here. We are going through times that dictate special measures," Peskov told reporters.

There's footage from 2020 of Shoigu getting tested (when returning from Syria), so undoubtedly he wasn't test-shy.

The tables were used in particular context - the Covid pandemics, claimed to be a social distancing measure. While the exaggerated table length was likely a way of destabilizing and ridiculing the negotiation opponents, it is incorrect to suggest that the practice was used before or after the pandemics context.

French President Emmanuel Macron refused a Kremlin request that he take a Russian COVID-19 test when he arrived to see President Vladimir Putin this week, to prevent Russia getting hold of Macron's DNA, two sources in Macron's entourage told Reuters.

As a result, the visiting French head of state was kept at a distance from the Russian leader during lengthy talks on the Ukraine crisis in Moscow.

They were photographed at opposite ends of a table so long that it provoked satirical comment on social media and speculation, including by diplomats, that Putin might be using it to send a message.

53
Why and since when did Russia stop integrating itself into the Western community?
16
Why did Vladimir Putin order a pullout from Syria in late 2017?
22
What did Putin say about a US deep state in his state-of-the-nation speech; what has he said in the past?
15
Did Putin really write his recent article for The National Interest, written in English, on his own?
33
Why did Putin call Ukrainian officials “drug addicts”?
18
Whose photos are carried by Vladimir Putin and those by his side in the May 9, 2022 Moscow Victory Day Parade and what are their significance?
14
For how long has Putin been denying that human activity is a major contributor to climate change?