Which damage specifically at Zaporizhzhia NPP is of contested origin?

As I understand it, both Russia and Ukraine have admitted carrying out some limited shooting in the vicinity of the reactors.

As far as I can tell, the contested-origin damage consists (at least) of

[Dutchman] Zwijnenburg says the debris resembles a BM-27 Uragan short-range artillery rocket. Both Ukraine and Russia use the rockets, but they're usually fired in groups, or salvos, he says. The appearance of just a single weapon is "very strange."

"It's hard to establish the trajectory of the missile that hit the facility," he says. It may have been deliberate or a misfired weapon from either side.

Are there other significant & contested incidents close to the reactors, resulting in actual damage? (Also, have any of those I listed above as contested have actually been admitted as either intentional or accidental attack by their own side, so as to remove them from the contested list?)

Based on "Italian Philosophers" comments, it seems that damage to power lines connecting the plant to the exterior qualifies (too) because 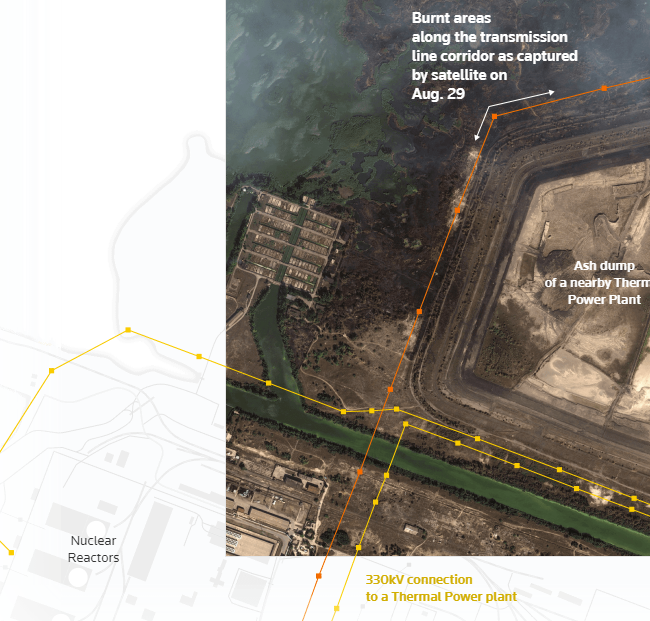 It's also worth noting that the lines run for several kilometers on land before crossing the river, and since we've seen "live" explosions at a similar distance front the plant in Enerhodar, it's quite plausible the lines were similarly damaged. Also worth noting, the lines going south from the plant have might been damaged by fires or explosions too, but Reuters has a less detailed photo of that area. 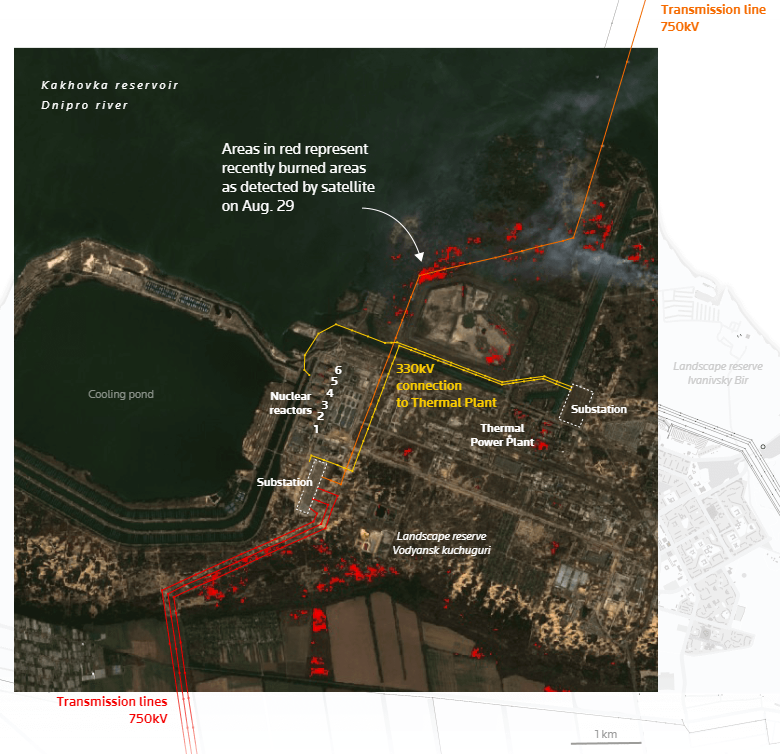 Le Monde OTOH has a photo from Aug 24 showing fires burning in the south, along the route of those power lines. 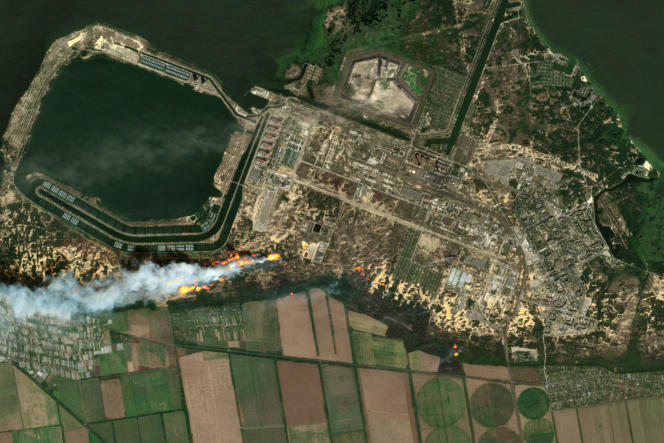 (The later article claims 3 of the 750 kW lines run north, which is at odds with what the Reuters sketches show.) But this also confirms another dispute as to the cause/origin.

The cause of the large fire on the southern side of the plant is disputed. As can be seen on satellite images released in the middle of the day, the main area of the fire is only one mile from reactor number six and just 500 meters from the electrical substation which converts the electricity produced by the turbines into power that can be fed into the grid. As in most incidents of this type, both sides accused each other of bombing the site.

2
Will the IAEA or another third party investigate the attacks on Zaporizhzhia Nuclear Power Plant?
-6
Could a party other than Ukraine really be shelling the Zhaporizhye NPP?