Why does Biden administration want to ban some Chinese investment in US companies in the clean energy sector?

President Biden signed an executive order on Thursday designed to sharpen the federal government’s powers to block Chinese investment in technology in the United States and limit its access to private data on citizens, in a move that is bound to heighten tensions with Beijing.

The first couple of items look reasonable, but I am very puzzled why they want to ban "advanced clean energy and climate adaptation technologies"?

The new order directs CFIUS to concentrate on specific types of transactions that would give a foreign power access to technologies that Mr. Biden has identified as critical to American economic growth. That includes “microelectronics, artificial intelligence, biotechnology and biomanufacturing, quantum computing, advanced clean energy and climate adaptation technologies,” according to a White House summary.

Can anyone explain how China's investment in US companies "advanced clean energy and climate adaptation technologies" could threaten the national security of U.S.?

I think the answer by user366312 is somewhat correct, but ultimately wrong in its final conclusion with respect to what the goal is. It's probably not so much about denying China the green tech (and certainly not indefinitely), but preventing some potentially critical innovation/patents acquired by a foreign power disrupting the US market. It's indeed possible to force-license patents and so forth, but as we saw with Covid vaccines, advanced countries would rather not take that kind of risks. See how the EU/Germany blocked Trump's alleged attempts to buy some German vaccine company or at least its output.

Moreso because acquiring a company can also disrupt or kill it. It's not too uncommon for a start-up to be acquired just to make its products go away, for the benefit of a (typically larger) competitor or even just would-be competitor.

Yes, the US also has export controls on a bunch of techs to China, which certainly include advanced computing tech, but I'm not sure they're denying green tech exports to China unless they're likely dual use like some type of battery tech that can also be used on submarines etc. There is a (somewhat dated) BIS analysis, which goes into some detail what kind of green tech required export licenses; it seems that was mostly where it overlapped with electronics, e.g. "The export of Metal-Organic Chemical Vapor Deposition (MOCVD) equipment requires an export license for most destinations, and is used to produce the solar cells used in solar panels and LED lighting products." but also some machining tools for carbon fibre for instance. (A bit more googling finds that MOCVD equipment can also be used to make rad-hard electronics.) However, overall, "Of the $1,300.5 billion in total U.S. exports in 2008, BIS identified 5.8% ($75.0 billion) as green technology-related exports, and only 0.9% ($697.4million) of these required an export license."

(Speaking of rad-hard, Russian companies acting as angel customer (sometimes thorough rather transparent interposers) for US rad-hard start-ups... is not unheard of.)

Have you observed what China did in the case of high-speed railways?

During the 1990s, inspired by Japan's Siankeshen, China undertook its high-speed railway R&D projects. After rolling out several prototypes from 1996 to 2002, they stopped working on domestic systems, citing that the domestic technological know-how was insufficient to take them further. Their final wholly domestic high-speed train project was ChinaStar, which was dragged on until 2006 but was finally abandoned.

The following is their high-speed railway network nowadays: 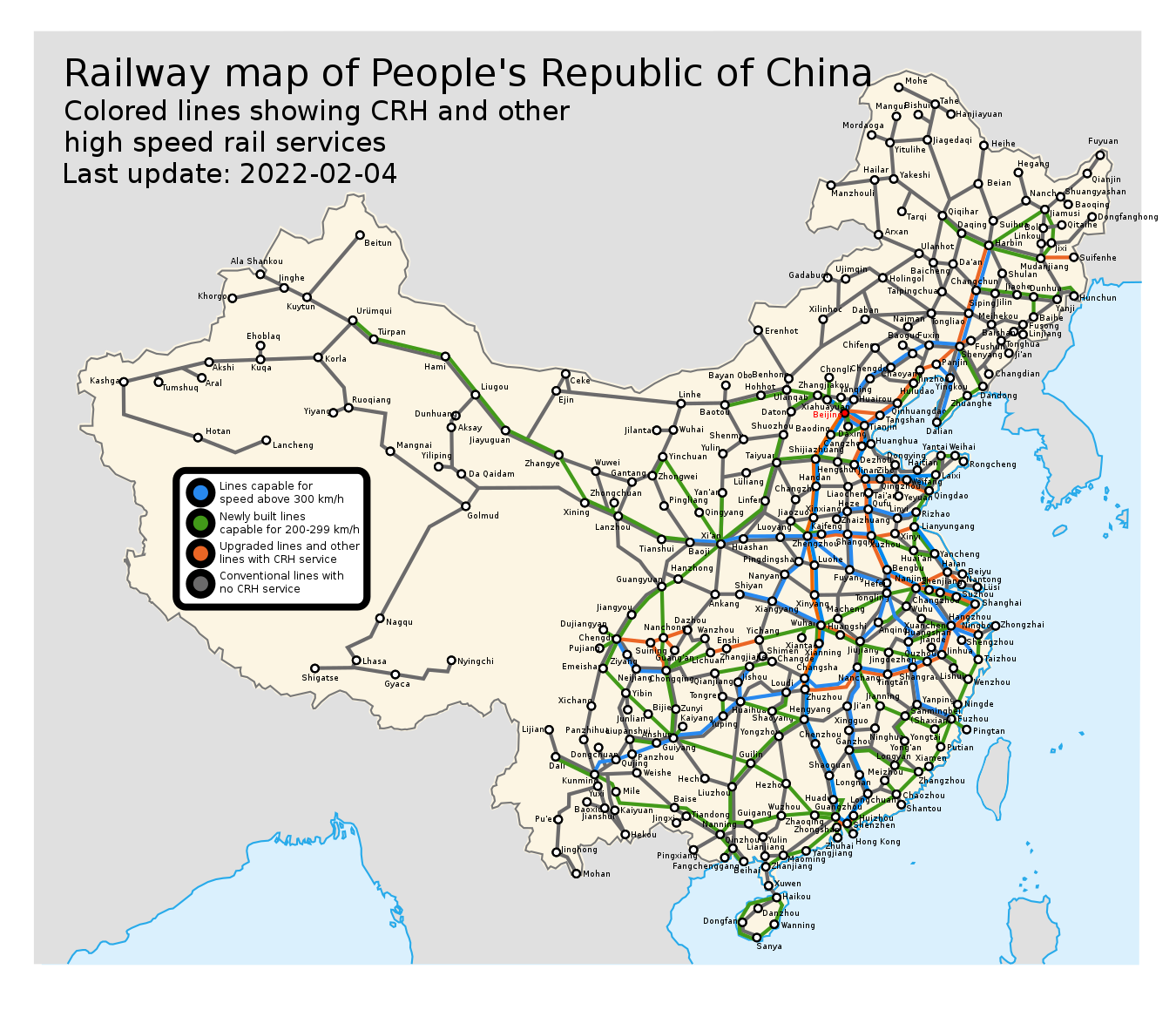 The following is one of several dozens of their railway stables: 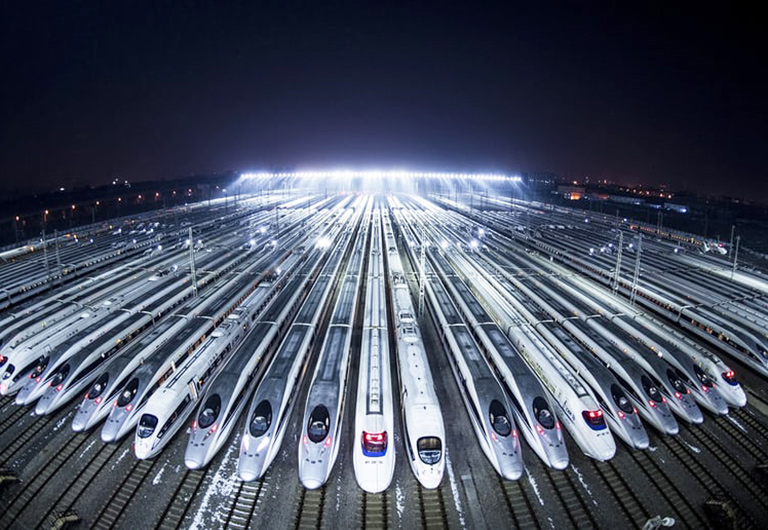 This anecdote could be a little longer than expected. However, this is precisely why the USA is scared of China.

I.e., the Chinese are inhumanly fast and efficient at getting used to new technologies and cultivating them in their technology incubators. Therefore, if they can get a hand on the US clean energy and climate adaptation technology, they will be the leaders in this field in at most a decade.

2
Why does Ted Cruz want to abolish the IRS?
29
Why don't Western countries penalize Chinese companies in the same way that China restricts Western companies working on its territory?
75
Why does the Green New Deal push for green energy but not for nuclear energy?
29
Why does Trump want a citizenship question on the census?
3
Why does the US want Indo-Pacific Nations to become something such as NATO?
13
Why does the Biden campaign have a $32 donation tier?
5
Why is the Biden administration interested in mending military ties with Pakistan?
4
Is there any reason why Biden might not want to rejoin the TPP?
1
Why did the U.S. DoS issue guidance to consular officers in China that could result in shorter visas for some Chinese students beginning June 11 2018?