What was the rationale for Jim Prentice calling an early election?

So Canada just witnessed the epic fall of the Progressive Conservative (PC) empire in Alberta, who had ruled over the Legislative Assembly of Alberta for a solid 44 years uninterrupted, and it all happened during an early election that the Premiere of Alberta, for some reason, decided would be a good idea. Now that same former Premiere has resigned his position as leader of the party, as well as his legislative seat (on the very same evening he had just barely won it again in his riding).

Had he not called an early election, his whole party would have been able to hold onto their seats (they lost 60!) and Prentice would still be the Premiere for at least another year before the fixed election date would have rolled around. Calling this election now was about as effective as gunning down his entire party and then putting the gun to his head immediately after. How did Prentice think this was a smart move? What was his end game? Why did he think an early election was going to help him and with what? 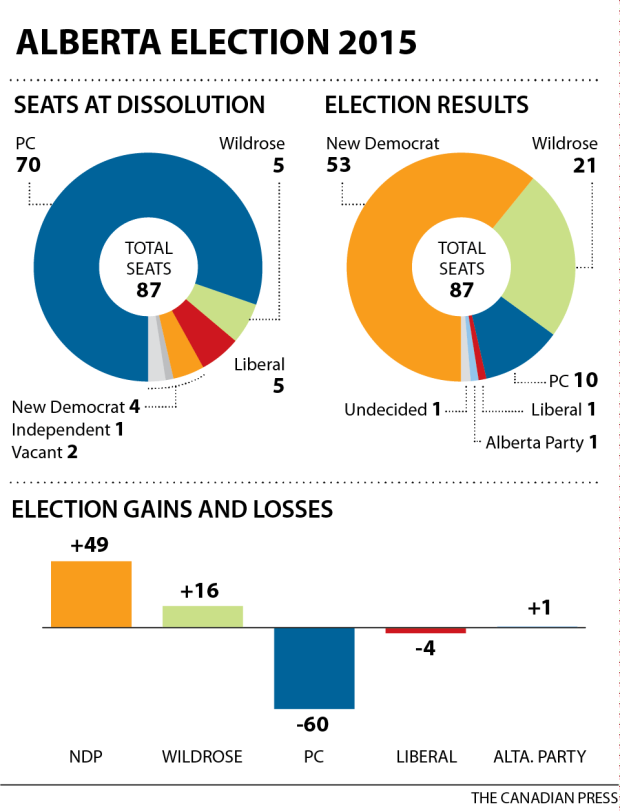 While Jim's reasoning looks foolish when we look at the results he had some reasoning for calling an early election. (I am not saying it was wise as we are aware of the results.)

I couldn't find any direct quotes but several articles before the early election attributed his decision to:

I may have missed a few but from what I found these look like the key points (flawed or not) Jim used to make his decision.

Not the answer you're looking for? Browse other questions tagged election canada .

45
Why do oppressive regimes cheat in the election process rather than simply faking the results?
2
Any survey-based analyses of “why you voted that way” for the 2017 UK election results?
5
Why didn't Mike Mohring run in the Thüringen MP election?
4
What difference did the Brexit Party's decision to stand down in Conservative seats make to the result of the 2019 General Election?
6
What is the procedure for calling a recount in a General Election?
6
In Russia, what happens if there is only one candidate in an election?
1
What were the 2020 Presidential Results in TX-15 specifically?
2
Has any European far-right party managed to enter the legislative body relying almost exclusively on social media promoting?
2
Have politicians elaborated on their use of the term 'the Big Lie' in reference to US election fraud claims?