Why are so few US presidents from the west?

It appears that very few are from the west or mid-west by this Wikipedia entry:

Throughout history, a presidential candidate originating from a specific area or state seemed to capture more votes from that location. When choosing their running mate after the primaries, presidential candidates also look for someone who is from a strategic state. (e.g. Kennedy from Mass. and Johnson from Tex.; useful to attract Texans and other western states)

To get to my point: from its beginning, the United States has consisted of eastern states, because the west was either not part of the US or still developing. So that means the east is more populated. That explains why most of the earlier presidents came from the east.

For the rest of US history, presidents have helped to win elections by coming from states with a higher population and a higher number of electoral seats, which mostly happened to be in the east (except for California). It also helps because they used to represent states with a higher influence on the federal government, which is helpful if you want to be president.

As you can see below, most of the presidents came from the higher-populated in the east (with California as an exception) than the less-populated states mostly in the mid-west: 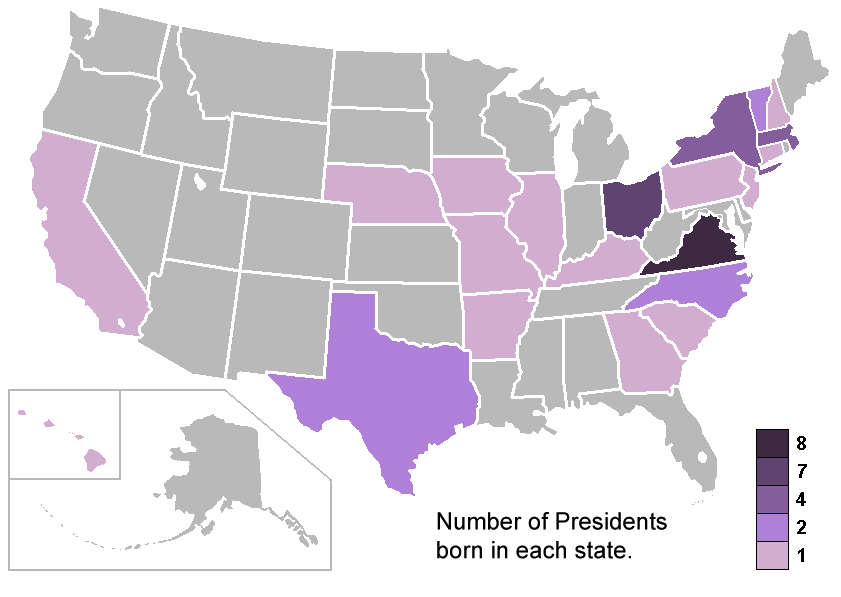 I'm not sure this can really be answered but I do see a correlation between that map and the Map of each state's population as of 2013: 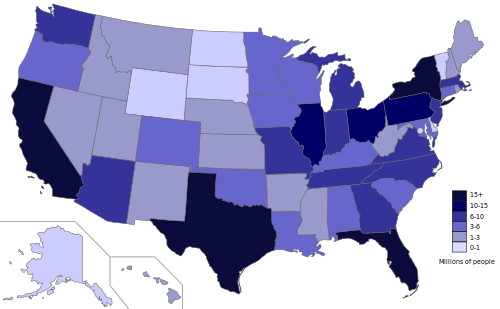 compared with the map showing the States by number of US Presidents primarily affiliated with them: 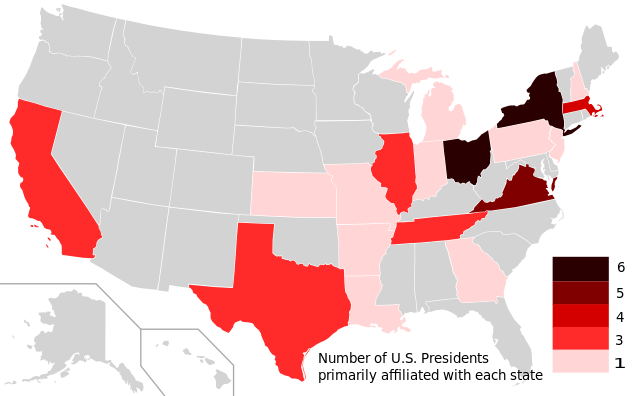 and the map showing the states by number of US Presidents born there: 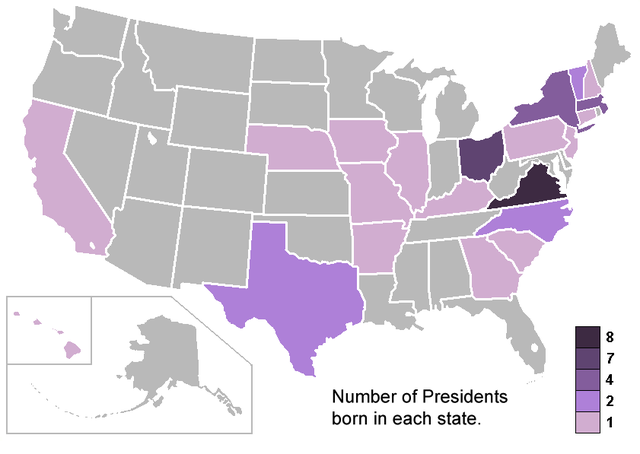 Of course correlation does not imply causation but maybe states with a higher population have more influence on nationwide public opinion?

4
Proper use of the word 'term' for U.S. Presidents
9
Which investigations against Trump are getting delayed due to the government shutdown? (if any)
11
Why won't the U.S. be a signatory nation of The United Nations Convention on the Law of the Sea?
39
Why hasn't the U.S. government paid war reparations to any country it attacked?
8
What are the groups that can legally challenge Trump's tariffs and can they have them reversed?
0
Is there some way to find out the senate or house candidates endorsed by Bernie Sanders?
4
Why are the reserve banks under the Federal Reserve system in the U.S. held privately?
2
Can we call the United States of America an asymmetric federation?