Why do communist states (e.g. USSR, China) oppose religion so much?

Why do both communist people and communist states oppose religion so much, sometimes with violence and arson. There are many other secular non-communist states in the world that do not have such a strong hatred of and opposition to religion. They neither oppose nor support religion, and do not use extreme practices to try to eliminate it.

Communist states, particularly the Soviet Union, have tried to eradicate every bit of religion that have existed since their revolutions. China's Cultural Revolution had also attempted to eliminate remnants of traditional and capitalist elements, including historic artifacts, but also religious and cultural sites.

The Cathedral of Christ the Saviour, Moscow, during its demolition in 1931: 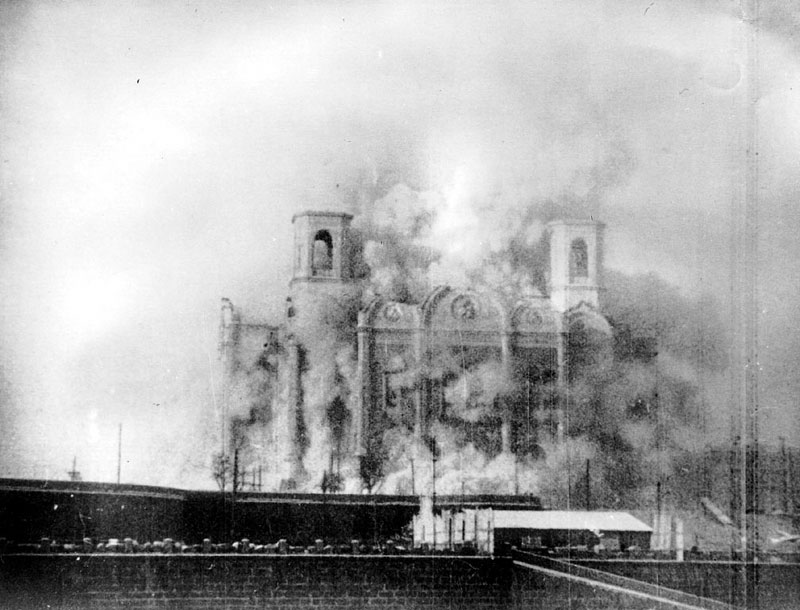 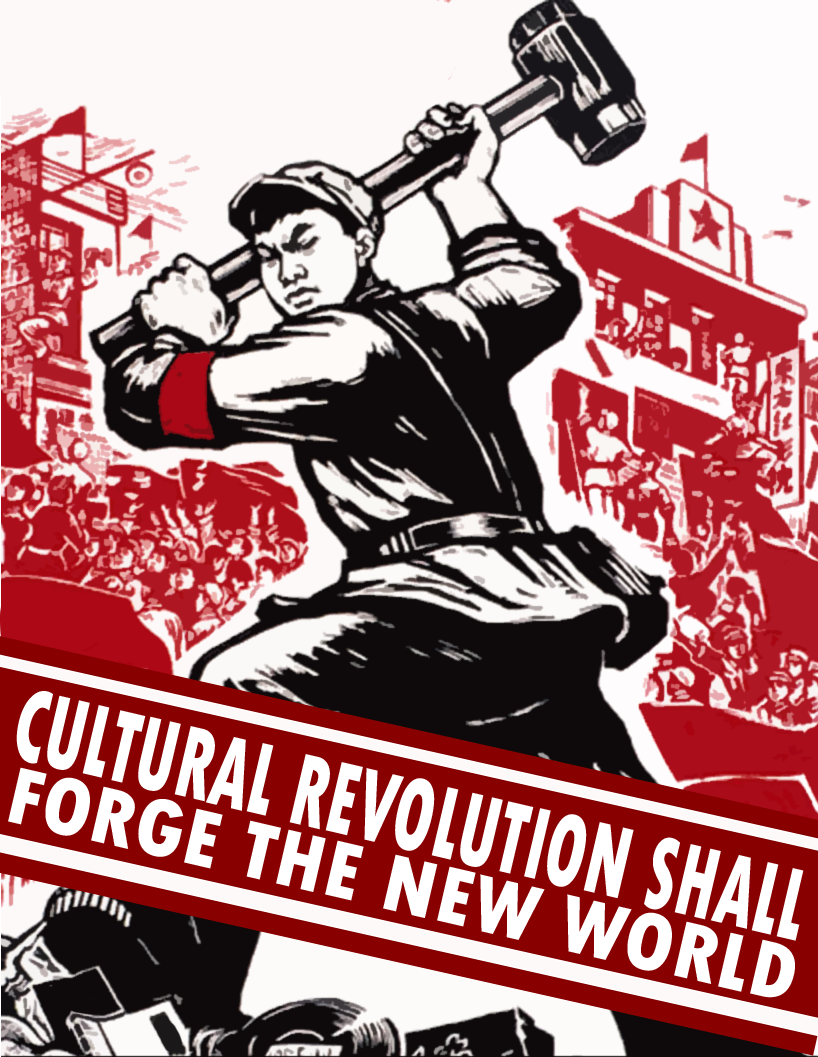 Yielding the Floor to an Ideologist

First, a note on terminology.
Below, the quotes mistakenly (or deliberately) mix two terms: Marxism (an ideology) and Communism/Socialism (a ruling regime, or a type of a government). The question also contains this mistake. Communism (a regime) can't oppose religion in general, but Marxism (an ideology) can.

Nikolai Bukharin, one of the key ideologists of Russian Communism and prolific author on „revolutionary theory“, wrote in his book, The ABC of Communism (1919):

Chapter 11: Communism and Religion
§ 89. Why religion and communism are incompatible

Many weak-kneed communists reason as follows: 'Religion does not prevent my being a communist. I believe both in God and in communism. My faith in God does not hinder me from fighting for the cause of the proletarian revolution.'

This train of thought is radically false. Religion and communism are incompatible, both theoretically and practically.

As I mention in another answer, Marxism is an ideology of class supremacy. Proletariat supposed to be the "master class", while others are "lower" ones.

However, the majority of proletarians were not familiar with Marxist ideology. There was also no goal to teach them with the details of Marxism. As a result, the vast majority of them simply believed that Marxism is right without knowing Marxist ideas in any depth, just the same way as in Tsarist Russia they believed in Christianity while sincerely thinking that Jesus Christ was a Russian, not to mention the deeper aspects of Christianity.

So, there was no place for two competing ideologies, equivalent to each other in most aspects, as it was understood by the overwhelming majority of the population.

However, in 1940s the Stalin's regime has decided that suppressing the religion is not effective:

After Nazi Germany's attack on the Soviet Union in 1941, Joseph Stalin revived the Russian Orthodox Church to intensify patriotic support for the war effort. — Wikipedia

By the last years of the „Soviet Union“,

"Not a single candidate for the office of bishop or any other high-ranking office, much less a member of Holy Synod, went through without confirmation by the Central Committee of the CPSU and the KGB" — Wikipedia

Nowadays, the KGB officer codename „Mikhailov“ is allegedly the leader of the Russian Orthodox Church.

I do not know for China but in Russia Orthodox Christianity had long tradition of supporting monarchism, schauvinism, anti-semitism, nationalism etc.

It was one of the leading sources of inspiration for pogroms, persecution and forced assimiliation of ethnic minorities crushing on the workers protests etc.

Every worker's protests were crushed with mounted thugs, often, cossacks, with whips and icons. 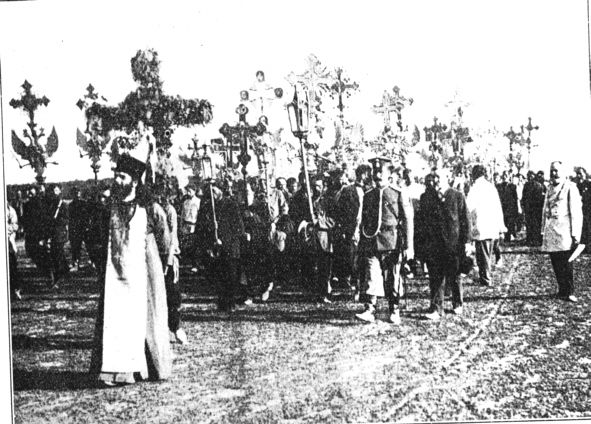 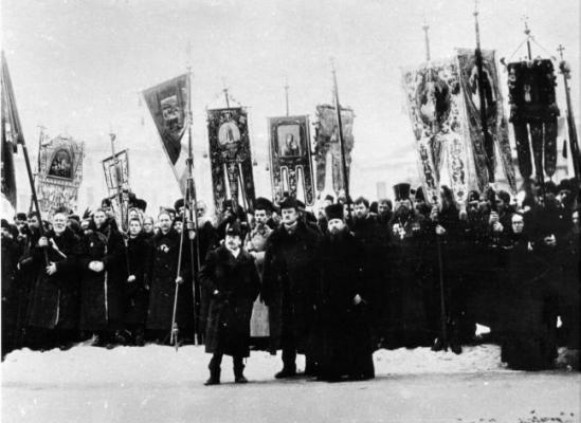 Persecution of the Jews was also justified with religious motifs and the priests very oftern made hate speach declarations against not only Jews, but also against Ukrainians, Poles etc.

It was more or less consensus among the left at the beginning of XXth century that religion brings in inter-ethnic strife and represents danger to the inter-ethnic peace in Russia.

One aspect not explicitly mentioned by the others, and why a country like the People's Republic of China is still wary of religion it doesn't control even though it has strayed quite far from dogmatic Marxism:

The Church power is a power that is not within the control of the state or the Party. It is perceived as competing, and therefore a threat to any totalitarian regime.

For the same reason, organisations like traditional scouting are also distrusted or outright banned in totalitarian regimes: the Party provides its own mass association for kids to bond and explore nature, controlled by the Party. For example, the Freie Deutsche Jugend had this role in East Germany (it is now a tiny fringe organisation, that somehow did not get disbanded like the others). Similarly, the communists had mass organisations for sport, work (labour unions), and even allotment gardeners, all under the control of the Party.

Not the answer you're looking for? Browse other questions tagged communism china religion soviet-union .

15
What is the fascist argument for Marxism being a Jewish conspiracy?

11
Why does China officially oppose LGBT rights?
16
Why was homosexuality unacceptable in USSR?
9
Which redesigned policies have enabled China to survive the 1989-91 global communist crisis and prosper even while remaining a 'Communist State'?
21
Is China really Communist?
6
Why list religion on an ID card?
8
Why doesn't the Chinese Communist Party induct everyone into the party?
23
If the goal of communism is a stateless society, then why do we refer to authoritarian governments such as China as communist?
29
Why is China regulating religion?