How to explain that in Switzerland places with more work opportunities have higher unemployment quote? 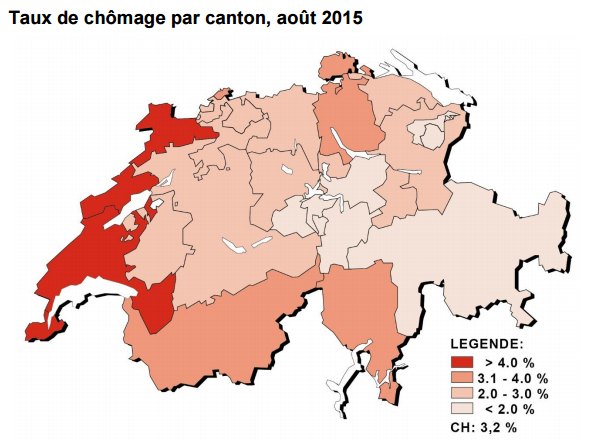 The places with the most companies and jobs are Geneva, Lausanne, Neuchâtel, Basel and Zürich, and they are in the regions with the highest unemployment. On the other hand, very rural regions of central Switzerland, Appenzell, Graubünden have almost no companies and almost no career opportunities other than agriculture, forestry and maybe tourism, and yet they have amazingly low unemployment rates.

There is a few exceptions, like the canton of Jura and Tessin which is both very rural and have high unemployment, but outside of those 2 cantons the rule works pretty well.

There are 2 factors that I can think of:

In addition to @lazarusL's answer:

Skill and education requirements are another likely factor here - there may be a bunch of jobs available in the city, but the unemployed population might not have the skills to fill all of those positions.

Not the answer you're looking for? Browse other questions tagged economy employment switzerland .

1
How do you explain the change in population ratio of Germany vs. Switzerland since 1945?
5
Why does Germany have a static "debt brake" value when a value that can be easily changed seems to make more sense?
3
Have there been any consequences so far for Switzerland rejecting the framework treaty with the EU?
1
How do UK leaders explain that their country suffered a contraction similar to that of Italy and France rather than that of US or Canada, last year?