Is there a correlation between Russia's allies and denominations of Islam?

During the recent decade, the most loyal allies of Russia have been Iran, Iraq, and the official government of Syria. 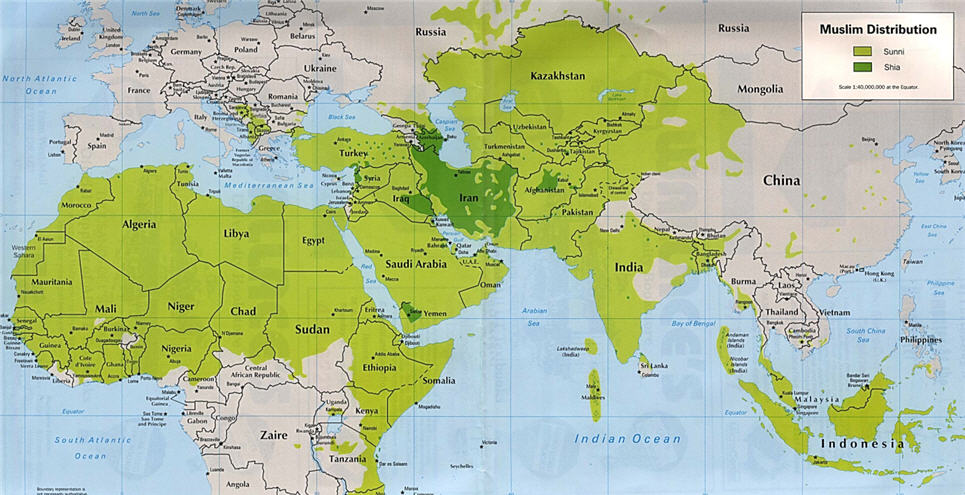 These countries, including Assad-controlled territories of Syria, all have been also known as primarily populated by Muslims who belong to Shia denomination of Islam.

In the earlier times, however, Russia did support regimes in countries who are also Sunni, but this does not seem to be the case at the moment.

My question was inspired by a friend of mine who told me something like "Putin together with Shiites is fighting against Sunnites". Despite this may be a too bold statement, the question is:

Why are the most loyal allies of the Russia are Shiites?

"It's just a coincidence" may be also a good answer if backed with some credible explanation or historic/economic/religious reference.

Your assumptions are false:

2- They are not allies but they have common interests. Some of common interests:
(i) Iran suffers US hostility which results UN sanctions. Russia can help Iran in the case: 1- Russia can soften severity of sanctions. 2- Iran need to have some technologies (e.g. atomic reactors) that only can deal with Russia in the absence of US (and Consequently EU). In this deal Russia, also, have many benefits. A big market with no rivals.
(ii) Iran and Syrian Government have cooperation against Israel. Russia has naval facility in Tartus. Both Iran and Russia are cautious about changing regime. I believe both want the change be gradual and the new regime were not US ally.
(iii) As Yousef Yemen says Soviet Union suffered very heavy losses from terrorist (which are Sunni Wahhabi). Usually Shiites dont Commit self-willed actions, because they believe that any fight must be with order of top religious scholar. Almost all Shiites top religious scholars knows killing people against "Sharia". This even include infidels until they start fight with Muslims or occupy their land (today only fight with Israel is legal by this sentence). Spreading Shiites thought can help Russia in this case.

3- It is not true that "Putin together with Shiites is fighting against Sunnites".
The problem here, for Iran, is Israel. Iran knows Israel as enemy, as I explained in 2(iii). Then Iran is friend of all Muslims that are against Israel in the scope of Sharia. So Iran support both Hezbollah (Shiite) and Hamas (Sunni).

4- Sunni Arabs make up the largest population group in Syria. Bashar al-Assad 's Religion is Alawite and he rules as secular.

Why are the most loyal allies of the Russia are Shiites?

I'd say, not Shiites, but Iran. The current Iraq government is controlled by Iran too. And, yes, Russia maintains good relations with Syria, but Syrian alawites much differ from "ordinary" shiites. They "remembered" of being Shia only in the last time.

Putin together with Shiites is fighting against Sunnites

Here against goes before with. Saudi Arabia, Qatar etc. support terrorism in Russia for decades. And after "Arab spring" their influence in revolted Sunnite states only grows. Just look on anti-Yemen coalition: Saudi's client states would never make friends with Russia. Maybe only Turkey, being an independent regional player, could be viewed as an option.

Now Iran (unofficially) fights against Saudi Arabia in Yemen, and against IS (created by Saudis too!) in Iraq and Syria. Of course, Russia is eager to support Iran against the common enemies.

Not the answer you're looking for? Browse other questions tagged russian-federation syria iran .

4
Why is the United States seen as a major supplier of weapons to Saddam-era Iraq?

2
When was the last face to face meeting between Iran government and USA government?
4
How are relationships between Russia and progressive Kurdish groups?
5
What is the relationship between Iranian president and supreme leader?
1
What's the difference between National Guard and MVD Internal Forces?
17
Legality of Syrian invasion by US and allies
4
Is the borderline between DPRK and Russia anyhow protected?
4
Why is there always a tension between Saudi Arabia and Iran?
3
What's the relationship between North Korea and Russia
2
Is there a consistent difference in economic policies between Iranian principlists and reformists?