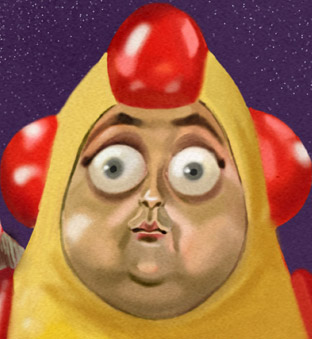 I take my chance to place this in my profile:
Since February 2014, Ukraine has been suffering from Russia's armed invasion and partial occupation. Over 13,000 Ukrainians killed and 1,500,000 displaced since then (yes, as many as the entire population of a European country or a U.S. state became refugees in the heart of Europe).

For a very succinct timeline of Muscovy's invasion to Ukraine, check Countering Russia's Aggression in Ukraine, a resource created by the Bureau of Conflict & Stabilization Operations and endorsed by Kurt D Volker, the U.S. Department of State's Special Representative for Ukraine.

Invading Ukraine, however, is not the final goal for Russian "hybrid war". The final goal is you. If we, the Ukrainians, fail to stop the Russian tanks on our soil, someone else would have to stop them in Poland, Finland, Baltic states, and finally, in your place.
While there is no doubt that your country's army can stop the Russian ground invasion to your land, think if you want to see a burning Russian tank on the lawn in front of your home. Or think whether you want to become a "collateral victim" when the KGB assassinates someone using weapons of mass destruction in the center of your city (don't worry, the UN will express its "deep concern" about the loss of you). Would you wait till that moment or act now (by calling your Senator, for example)?

The world has to stay together to stop Russian invasion in Europe as well as the Russian-equipped, Russian-trained, Russian-financed, and Russian-inspired terrorism all over the world.

All Questions Answers
Votes Newest
59 “Terrorism has no religion.” Why don't Moderate Muslims restrain their Radical counterparts? Nov 16 '15
55 Why doesn't South Korea give up its claim on North Korea? Dec 15 '17
44 Why are people protesting against Supreme Court nominee Amy Coney Barrett? Oct 18
44 What would the Kremlin stand to gain from killing the ex-spy Sergey Skripal? Mar 13 '18
43 What is the political reason for the U.S. House to adopt a resolution that essentially reaffirms the Constitution? Oct 1
27 How does the expelling of diplomats work to create pressure on the diplomats' home country? Mar 15 '18
21 Why is “president for life” in China such a big deal? Mar 13 '18
19 Why don't signatories of Budapest Memorandum on Security Assurances (except Russia) protect Ukraine with force? Mar 7 '15
18 What is the legal background for Russia's seat as a Permanent Member of UNSC? Jan 9 '16
17 Why is visa-free travel such a big deal in politics? Mar 9 '17
View all questions and answers →