Does Iran have any trade deals with China and if it does, can they protect Iran's economy from economic sanctions?

I read about how Iran has been looking to China for trade in response to sanctions from the United States and the West and how Iran already trades with China using oil. However, what I want to know is if there are any official trade deals and policies that Iran has with China. I also want to know that if any official deals exist, are they able to provide Iran with the economic activity and resources it needs to offset the negative effects of economic sanctions.

if it does, can they protect Iran's economy from economic sanctions?

Because the world economic activities are USA-based.

The world's oil business is controlled by the USD. 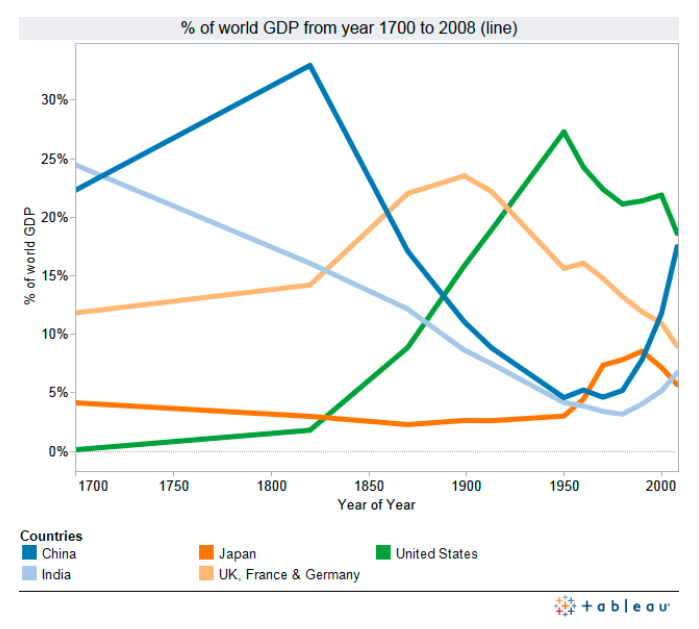 We can see how the US GDP started to dominate the world-economy from WW2 and onwards.

The following image shows the current status of the world economy which is now 24% of the world. 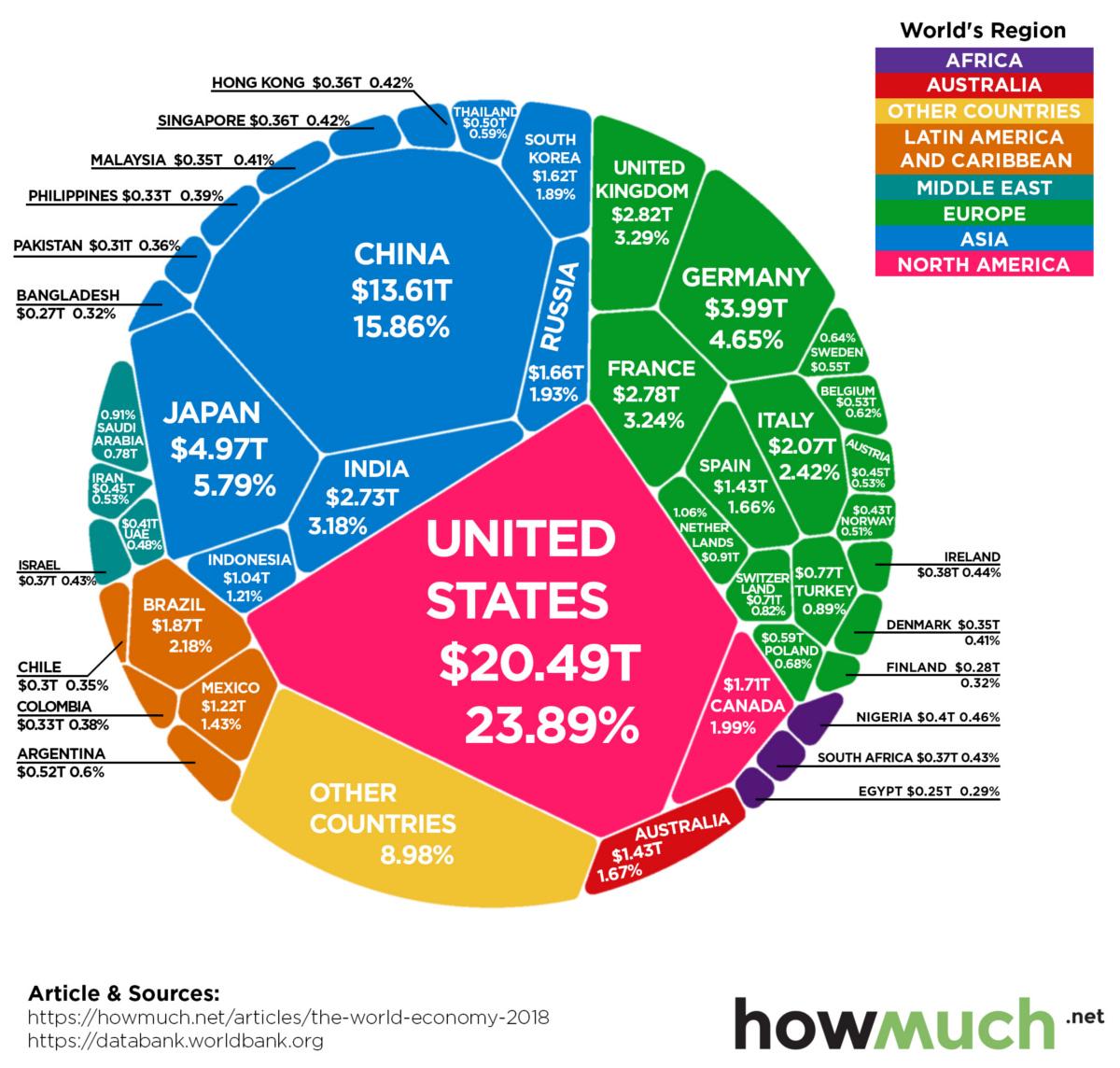 What do you see in this image? Almost 25% of the world economy is in the USA.

Because of these factors, the USA has a significant influence on the world banking system.

Also read: Why is the USA able to damage the Russian economy by imposing sanctions but Russia can't do the same?

Because of all these, Iran proposed a bloc of a cryptocurrency-based monetary system. But, this is very hard to implement as the other countries are one way or another dependent on the US economy.

Recently, China announced a cryptocurrency-based monetary system. It remains to be seen how this policy unfolds and if Iran can benefit from this in the coming years.

Not the answer you're looking for? Browse other questions tagged economy china iran policy sanctions .

54
Why is the USA able to damage the Russian economy by imposing sanctions but Russia can't do the same?

25
Why haven't the sanctions relief improved Iranians living conditions?
1
How large would be the impact of economic sanctions made by China and India on other nations?
4
What effect will Euro purchases of Iranian crude by Europe have on US foreign policy?
4
Can the EU maintain financial channels and Oil trade with Iran like they claim in their statement on reimposition of US sanctions on the country?
10
Why are all Iran-German/Iran-European trades made in Dollar instead of Euro?
5
Is there a name for sanctioned populations turning against their own governments rather than turning against the sanctioning power?
2
India and China's trade future with Iran