At Trump's inauguration, who is this dapper-looking man and why is he important?

While going looking at CNN's gigapixel picture from Trump's inauguration looking for funny faces and the like (great fun if you're looking to kill some time), this man caught my attention but I can't seem to identify who he is or why he is in the first few rows. Most people around him, I can either identify or their attire indicates their rank/position. 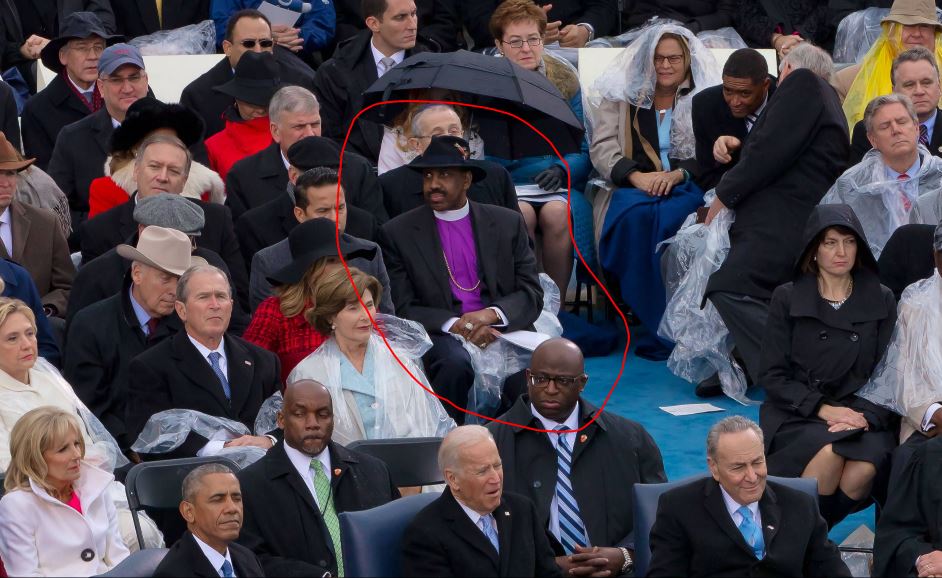 He is only a couple behind the Bushes and Clintons and in the same row as some high-ranking military officials. Who is he and why is he important?

For those who want to use the Gigapixel image to locate him, I circled him on this zoomed-out image. 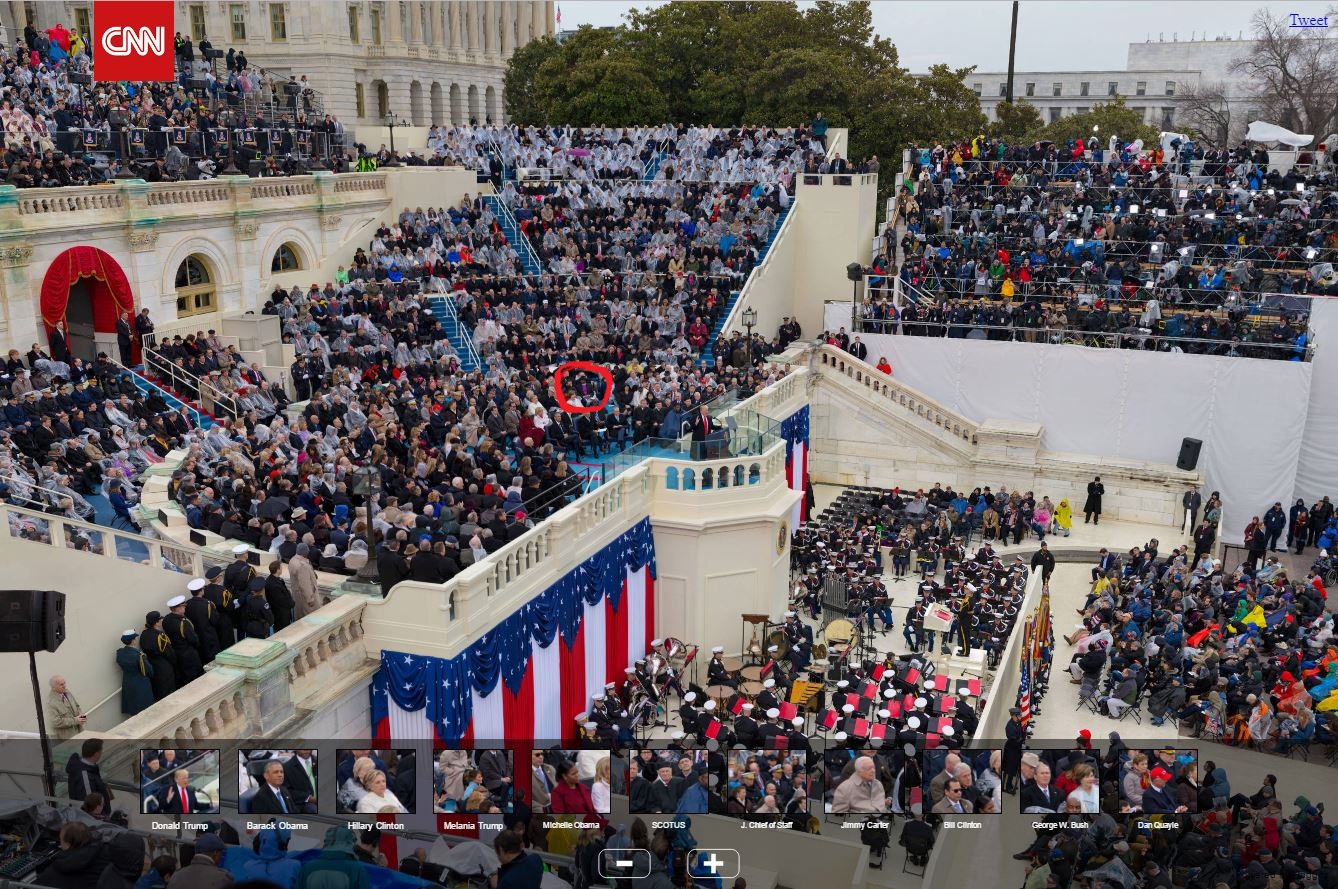 This is Bishop Wayne Jackson, of Great Faith Ministries International. His photo is on their homepage here. He's there because he presented one of the prayers at the inauguration. 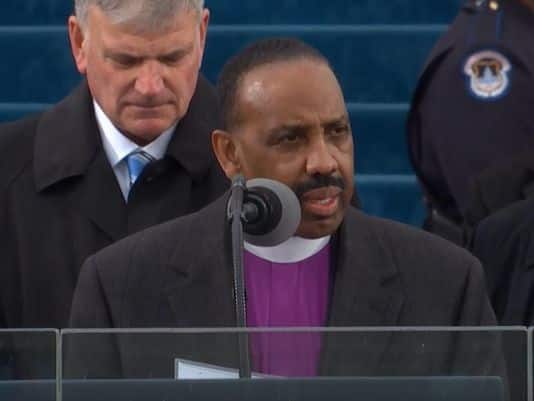 Good find on indigochild's part. For those who'd like a little more info on this "dapper-looking man"; who he is and why he's important:

Bishop Wayne Jackson runs Great Faith Ministries International, in Detroit. He has been a proponent of Prosperity Theology. This is a very controversial theological system that argues a person's personal wealth is directly related to their holiness. Being rich is considered proof that you are a good person, being poor is proof you aren't, and you can essentially pray, visualize, and donate yourself wealthy.

The validity of this belief system aside, you can see where a proponent would be apt to be more supportive of the wealthier candidate in an election. So it should be no surprise that he was, and based his support on Trump's wealth.

Donald Trump is an example of someone who has been blessed by God,” Jackson told the Conservative Chronicle. “Look at his homes, businesses, his wife and his jet. You don’t get those things unless you have the favor of God.”

As to why Trump invited him to give one of the prayers, the fact that he is a minister who was also a Trump supporter is probably sufficient explanation. He did invite Trump to speak at his church during the campaign, so this wasn't their first interaction of this kind.

20
At Trump's inauguration, who was the man in the wheelchair and why is he important?

5
Who schedules US congressional votes and how flexible is this process?
19
Can Spider-Man legally register to vote (without revealing his identity) like he did in this PSA?
3
Inauguration Day and succession
20
At Trump's inauguration, who was the man in the wheelchair and why is he important?
11
What are the flags beside the US flag at Trump's inauguration day?
9
What were the goals of the woman's march during Trump's inauguration?
55
Why is there so much talk about this picture of crowd size at the inauguration?
46
Why is it so important who the whistleblower in the Trump-Zelensky phone call is?
4
Given Covid, why will Biden's inauguration not be virtual?
37
Who must be present at the Presidential Inauguration?