In the Weimar Republic what was the role of the people sitting on the left side of the speaker? 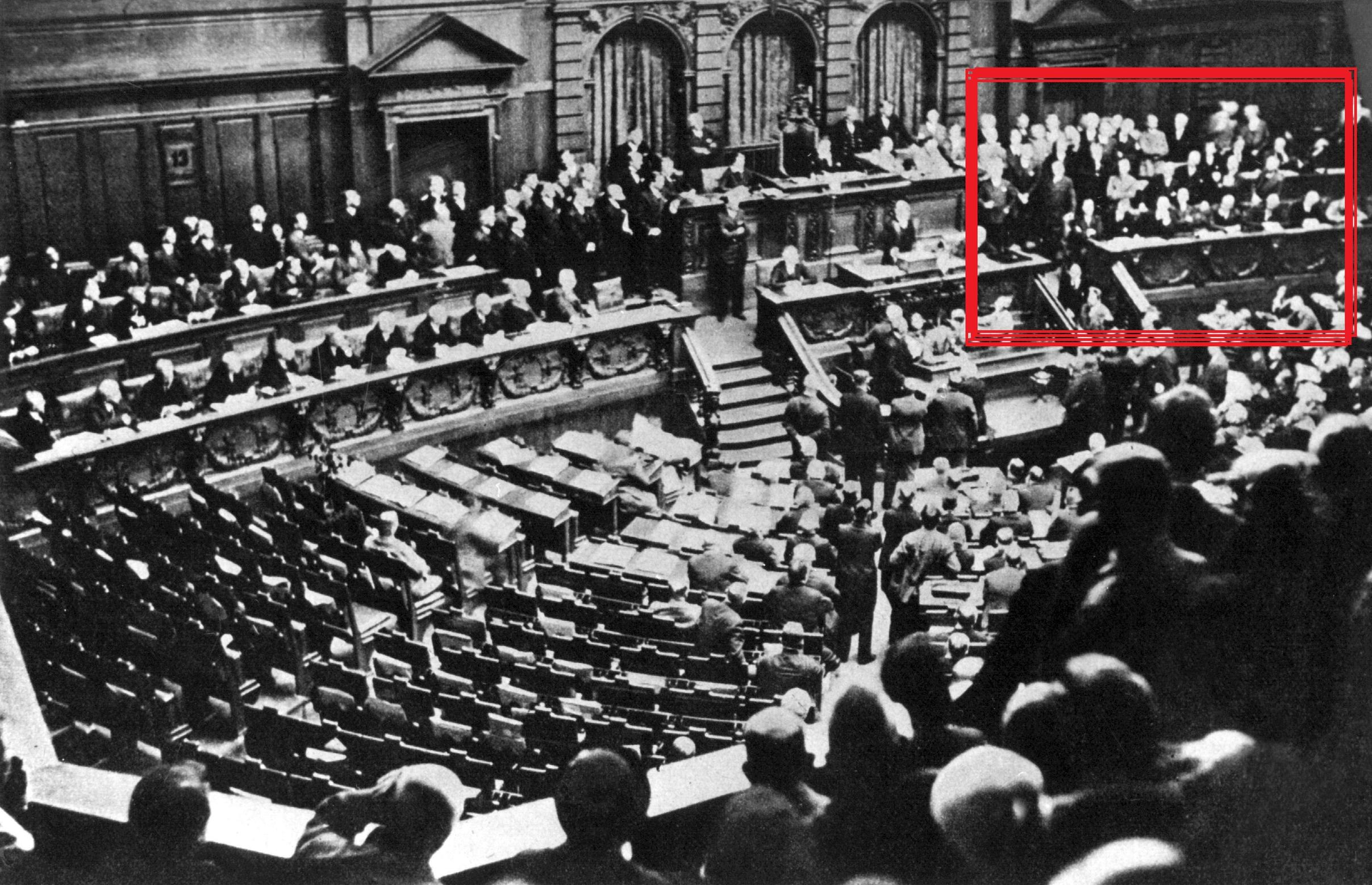 I know that in the Weimar republic the chancellor and other ministers of government sit in front of the members of parliament on the right side of the speaker but was the role of the people who sit to the left of the speaker?

Are they some sort of opposition/shadow cabinet?

Very good question and I am surprised that I as German needed to dig deeper into the stuff than anticipated. I tried to consult the German Wikipedia and the normal Google results, but got essentially nothing at first. I suppose it was self-evident schoolboy knowledge at their time and they did not bother to remark the function for following generations.

Finally I found it: 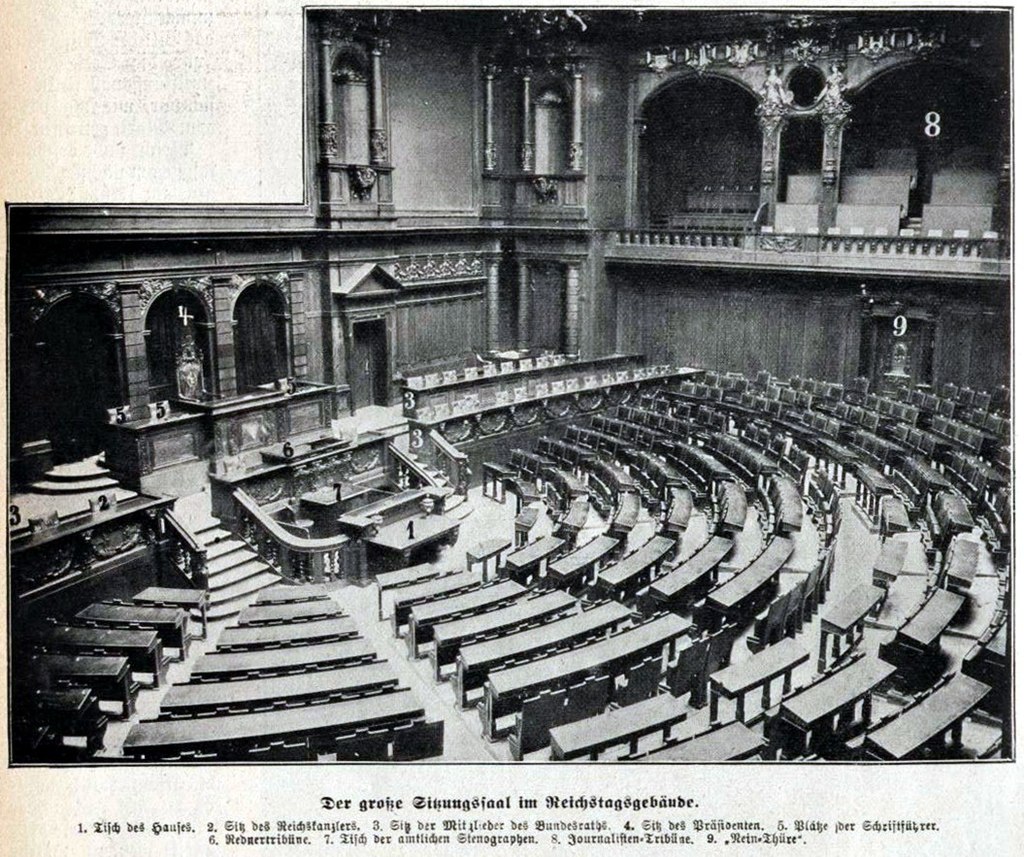 More about the responsibilites of the Reichsrat here. While the Reichsrat itself resided in another building, its emissaries were present in the Reichstag on both sides of the central stage.

The seating order of the parties generally was mirroring their classification of left and right. At the most left the communists/SPD, at the most right the Centrum (conservatives)/NSDAP. 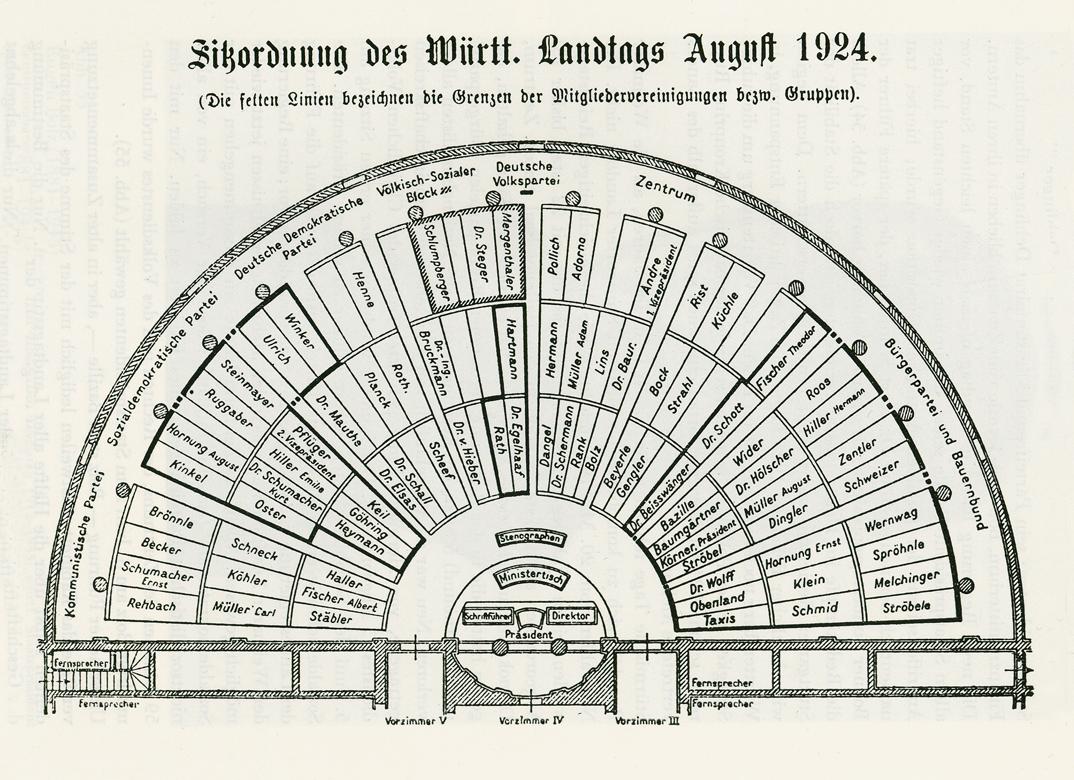 Just to explain the description 9: The Reichstag had a special voting scheme where members of the Reichstag entered the hall through two doors, the "Yes" / "No" door. The procedure was called Hammelsprung (wether’s leap) and the architect Paul Wallot depicted Polyphemus stroking the sheeps back for "Yes" and the old German mountain fairie Rübezahl for "No".

Interestingly the seating order has not much changed for the current Bundestag. The only difference is that the state representatives are exclusively sitting on the left together with the Wehrbeauftragten, the Parliamentary Commissioner for the Armed Forces.

25
Why do we need static coalitions?
8
Seating in Parliament after withdrawal of Government party whip
19
What power does the UK parliament hold over a Prime Minister whom they refuse to remove from power?
1
What does it mean when a Constitution says the "Government" or the "Cabinet" has the power to dissolve the Parliament?
3
How do the Minister for Europe and Foreign Affairs and Minister of the Armed Forces differ in their authority from the powers held by the President?
3
Do coalition partners in German parliament always sit next to each other?
4
Does dissolution of parliament in order to prevent a vote of no confidence against Imran Khan meet an accepted definition of an attempted self-coup?