Was the November 2019 polling about the Democratic Party's lead over Trump trustworthy?

In November 2019, many polls (such as this ABC/Washington Post poll from November 5th) claimed that the Democratic candidates had double-digit leads over Trump. In the 2016 elections, however, polls suggested that Clinton would beat Trump, which turned out not to be the case.

Based on this history, were these polls trustworthy? Or could they have been biased or inaccurate? 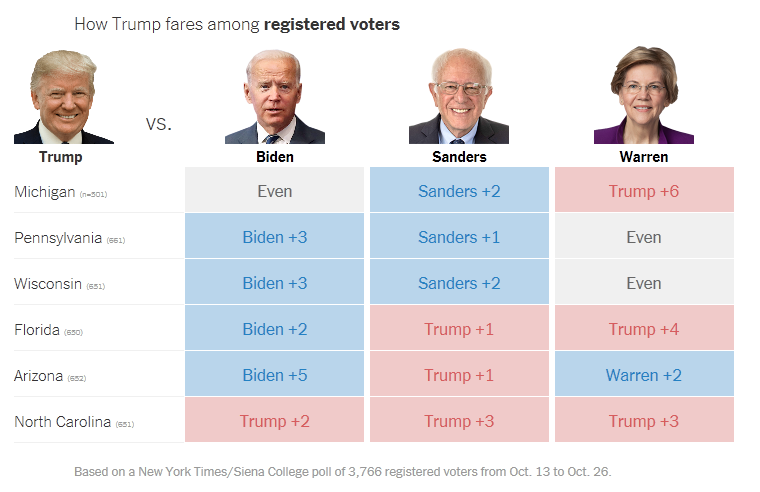 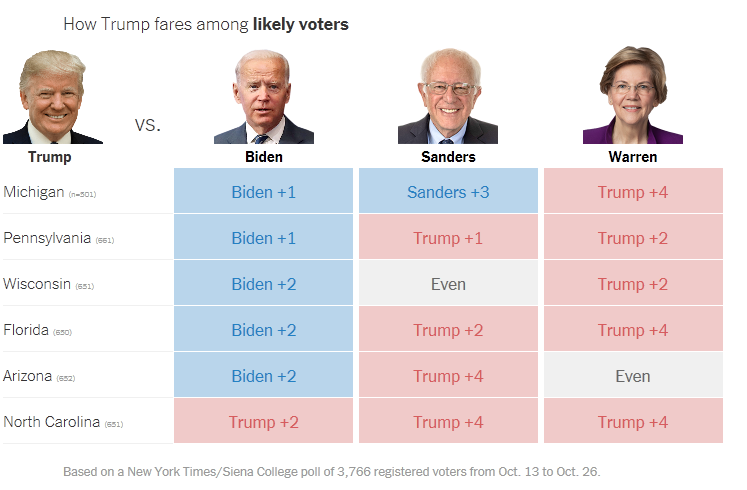 Not the answer you're looking for? Browse other questions tagged united-states donald-trump presidential-election democratic-party polling .

47
Why aren't Republicans more focused on mobilizing a movement towards 'dethroning' Trump?
8
Polling on Impeachment
5
Is it possible to have a 22 point difference between polls taken over the same time period?
2
Machiavellian voting in the New Hampshire primary

5
Why did Gary Johnson's support erode in late October 2016?
11
Was any official explanation provided for Trump defending Russia over FBI?
5
Have Republicans or others elaborated concretely why (some) election security bills would be partisan?
2
Was Trump such an underdog 4 years ago according to polls?
41
Trump was behind on November 5th. Why was he calling for vote counting to stop?
30
Has Biden's campaign, or the Democratic Party, publicly voiced their opinion on granting some sort of immunity to Trump?